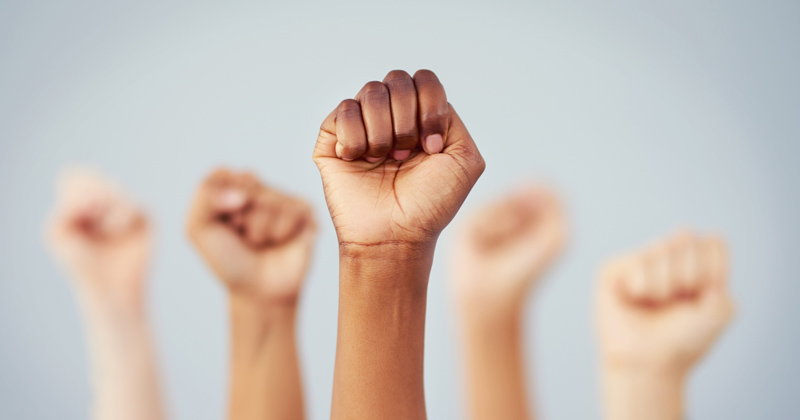 Education is key to tackling racism, says Jeffery Quaye. But what obstacles have school leaders and teachers had to overcome when it comes to race and what does the future hold?

The senseless and horrific killing of George Floyd in Minneapolis has ignited a global discussion about racism and the need for change. It has also brought into sharp focus the traumatic prejudice I and other black people in this country have experienced.

The killing and protests dominate the political arena. Boris Johnson has said that ‘‘racism and racist violence have no place in our society’’. But it should not take an unlawful public execution to stun the consciousness of the British people.

Sajid Javid, the former chancellor, has called for the government to set ‘’a new ambition for breaking down’’ racial barriers. Meanwhile, Matt Hancock, the health secretary, has been forced to defend the diversity of the government after critics pointed out that there are no black members of the Cabinet. He also claimed the UK is not a racist country, yet black people in British society continue to experience racism.

As a black teacher and leader in education, I see the transformational power of education to eradicate racism in our society. Huge strides have been made over the past two decades to tackle institutional and structural racism within education and to promote diversity and inclusion. Schools have championed this work with a focus on educating pupils about multicultural Britain. The introduction of British values has raised the expectations for mutual respect and schools are tackling racism when it manifests in pupil behaviour.

I felt pressure to work ten times harder to be recognised

However, there are still disparities in the experience of black teachers that we need to have honest conversations about. I have faced obstacles because of my race since I started teaching in 2003. At Aspirations Academies Trust, race is not a barrier to development and career progression, but elsewhere others appear to have wanted to make teaching difficult for me. From being given incredibly challenging classes to lack of leadership support, my awareness of the covert racism people of BAME background face in schools has been sharpened over the years.

As a classroom teacher I encountered many situations in which white colleagues were not performing at the required standards,  but schools leaders did not raise any concerns. However, the expectations set for my work remained high, even when the conditions did not enable me to reach such goals. I experienced a deafening silence among white colleagues when black staff were treated unfairly by their leaders.

I found my leadership role in one school to be lonely – and one where I felt pressure to work ten times harder to be recognised. We still have a disproportionately low number of school leaders from a BAME background because education does not always actively encourage and promote black leaders into senior management. Consequently, the senior leadership can be entirely white in a school that serves predominantly black pupils.

The dominant worldview is that black leaders are not up to the role of leadership or not of equal value as their white colleagues. This can create spaces where minority ethnic teachers feel uncomfortable in their job.

While we are inspiring the next generation and raising the aspirations of all pupils, black teachers and education leaders experience an institutional racism that manifests in many subtle forms, such as schools not providing the same level of recognition or opportunities to black teachers and negative perceptions of black colleagues going unchallenged. To tackle that structural racism, teachers need to be educated about unconscious bias, and internalised negative views of black people need to be challenged with an alternative worldview.

It can be done. The working model Aspirations uses gives black teachers equal value through a collegial working environment. Steve and Paula Kenning, the trust’s chief executives, ensure all teachers and staff are made to feel equal and valued and black staff have good representation in decision-making processes.

Education should be an equaliser of all men and women, regardless of race. But eradicating racism can’t simply be the work of curriculum. It is about changing our practices too.