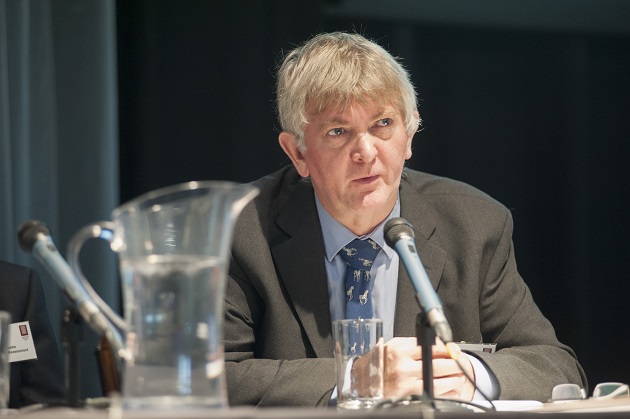 Summer exams in schools and colleges will be affected by the timing of Ramadan for the next four years, warns a senior exams officer.

Andrew Harland, chief executive of the Exam Officers’ Association, told Schools Week that the summer GCSE and A-level exam period was expected to clash every year between now and 2019 with the Muslim period of fasting, prayer, and charitable giving.

Ramadan is the ninth month of the Islamic calendar, and falls at a different time on the Gregorian calendar each year.

This year, it falls between June 6 and July 5, which is traditionally when many of the summer GCSE and A-level exams take place in English schools.

The Joint Council for Qualifications has announced changes to timetables to bring forward some tests in subjects taken by large numbers of pupils such as English, maths and science, so they do not coincide with Ramadan.

But timetables released by AQA, Edexcel and OCR show a significant number of exams in those subjects are still scheduled to take place in June.

Mr Harland said the length of the Islamic calendar meant Ramadan would fall in May or June in 2017, 2018 and 2019 as well as this year, but added that changes as a result of religious or other events were not uncommon.

But he warned a reduction in the opportunity for pupils to re-sit exams meant this summer’s exams were of greater importance.

“These things have happened in the past and they will happen again. The reason why these things are perhaps more critical now is because under the linear system all exams now happen in the summer.”

Mr Harland said a clash could be more significant in future years, when Ramadan is expected to fall towards the beginning of the exam period.

Under the previous modular system pupils could re-take modules in November.

The director general of the JCQ, Michael Turner, said that where possible, large-entry GCSE and A-level exams had been timetabled to take place before Ramadan began.

The timetabling of morning and afternoon exams had also been considered.

Boards consult on provisional exam timetables every year and consider comments “from a wide range of stakeholders including religious groups, schools and colleges”, he said.

The clash has been highlighted by several unions. The Association of School and College Leaders has already planned to meet Muslim leaders to discuss plans and issue guidance to schools.

Malcolm Trobe, the organisation’s deputy general secretary, said the guidance would be non-prescriptive and would not “advise families or students on how they should address the question of fasting during Ramadan”.

He said: “School and college leaders are very keen to work with communities to ensure young people are able to observe Ramadan without any detrimental impact on their examinations.”

At the Association of Teachers and Lecturers’ annual conference in 2014, a motion called on the union’s executive to highlight the “significant disadvantage” exams that clashed with Ramadan could have on Muslim pupils.

Some schools with large numbers of Muslim pupils have also issued their own guidance.

One letter sent to parents by a school in the London borough of Newham warned that student performance during fasting “could be adversely affected”, and that exams could be “particularly hard when the examination falls in the afternoon slot when a student is fasting”.

The letter advises pupils to “delay fasting until after GCSE examinations”, or at least not to fast on exam days.