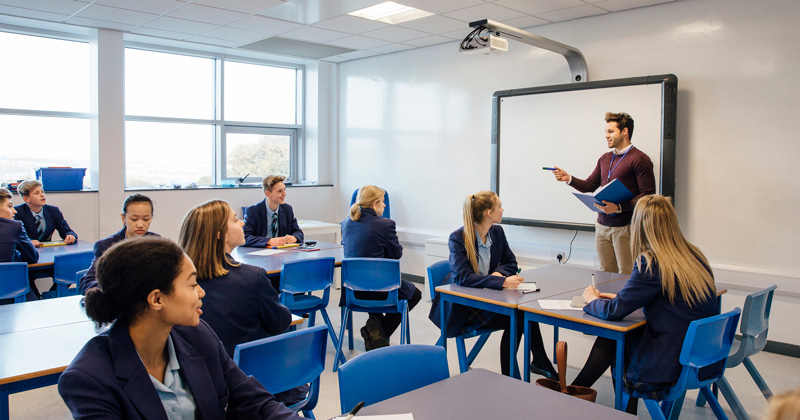 In the project the schools were funded to have this research lead trained and then to have some nominal time. But some schools gave that time and others didn’t

Forty schools shared £270,000 to train a research lead and give them time to implement evidence-based policies.

It found that pupils in years 10 and 11 made just one month of extra progress in maths and English after a year of intervention, compared with those in schools without research leads, and made no additional progress in the second year.

However, even the small increases in progress in the first year were labelled as “not statistically significant”, meaning the study was “unable to conclude that the true impact was not zero”.

Alex Quigley, Huntington’s former director of learning and research who ran the study, warned against drawing “simplistic” conclusions about the impact of research leads.

“In reality, any single piece of research is always just trying to move the game forward, kick the ball up the pitch a little,” he said.

“I think from my perspective and that of the project team, obviously you’d love to see short-term, big impacts on student outcomes, for the research lead to have this tremendous, transformative effect.

“But the reality of most research is that we make small differences.”

A 2015 report by Tom Bennett, the founder of ResearchEd and government behaviour adviser, found that for research leads to work there needed to be “authentic buy-in from senior leadership” and protected time.

In the RISE study, not all schools gave them that time, Quigley said.

“I think as useful as learning what a research lead needs to work, we also learned about what are the barriers. Headteacher support. They needed time.

“In the project the schools were funded to have this research lead trained and then to have some nominal time. But some schools gave that time and others didn’t. And these are things you only find out by researching and by asking questions.”

Under the programme, research leads got eight initial training sessions over eight months, before termly follow-up meetings for another two academic years and on-going support through newsletters and school visits.

Mark Enser, a research lead at a school in East Sussex, said it was “very difficult to establish the impact someone will have in such a short space of time”.

“I would suggest that for the role to be useful, there needs to be a clear and precise action plan setting out what the research lead is aiming to achieve and the steps they will take to reach these goals.”

The EEF said it had no plans for a further trial of RISE, but would consider other projects that aimed to support the use of research.