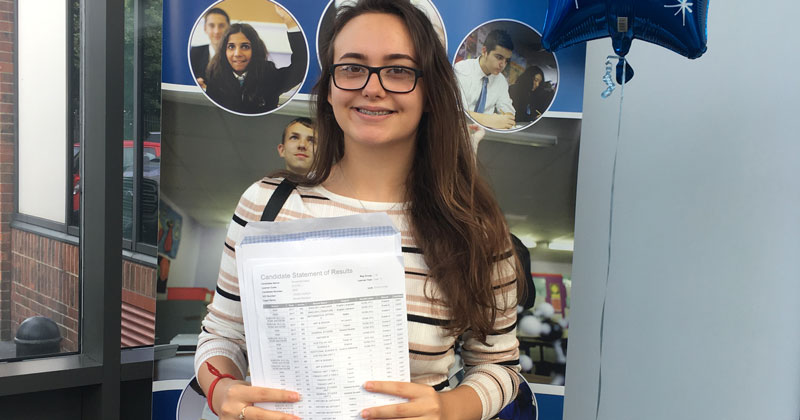 Despite speaking no English when she first started school in year 7, Nikola Michalak has achieved strong passes in both her English GCSEs.

The Nightingale Academy student arrived in England from Poland at the age of ten and spent a whole year out of education, with her family also unable to speak English.

Today, she took home a grade 6 in English language and English literature, alongside two A grades, one B, three Cs and a grade 6 in maths.

Explaining how she communicated with her peers when she first started at the London-based school, she said: “I was always the best in my class in Poland for maths and so when I started at Nightingale, I was able to help my classmates. Even though I didn’t speak English, it was about numbers and so I could show them.”

She now plans to study English literature and art at Nightingale’s sixth-form, and has ambitions to go on to study architecture at university.