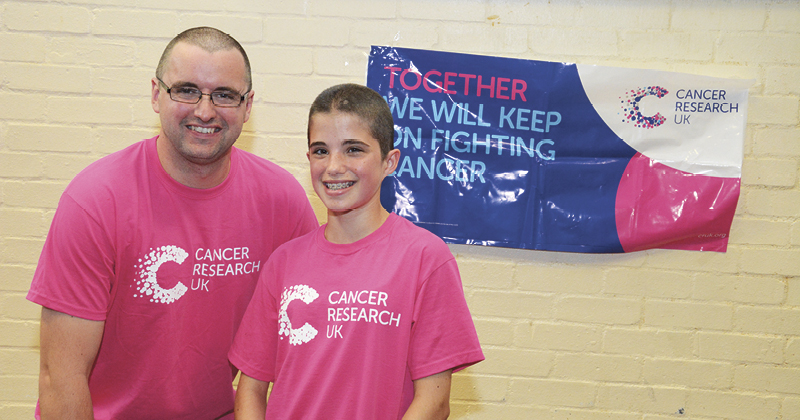 A student-and-teacher duo from Plympton Academy in Devon have raised £1,700 after shaving off their hair for charity.

Maisie Smith, 14, initially took the decision to raise money for Cancer Research, as she and several of her friends had lost family members to the disease.

Inspired by her fundraising plans, Maisie’s teacher Jim Strachan offered his support, pledging to shave off his own hair and beard if she managed to raise £500.

Through school events such as cake sales and non-uniform days, the £500 target was smashed – and Strachan’s facial hair was history.
Strachan, who is also head of academic progress for Years 8 and 9 at the academy, said: “Everyone in school helped us raise the money and we are so pleased to have raised so much for such a worthwhile charity.”

Maisie said of her teacher’s involvement: “I thought he was joking. When he said he was serious I was so happy as it meant I didn’t have to face this alone.

“All my friends thought I was going to regret it, but I don’t regret a minute of it and I quite like my hair like this. I am really happy to have raised this amount of money and it feels good to know I have helped someone with this money.”