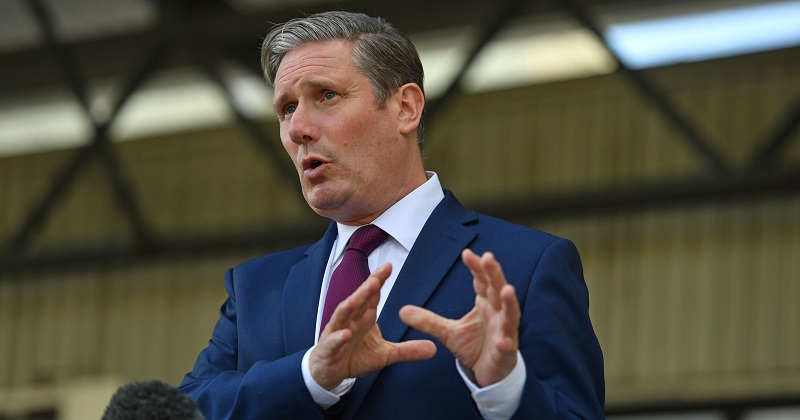 A national taskforce run by an independent body like the children’s commissioner should be set up to plan a national strategy to close the attainment gap, Sir Keir Starmer has said.

The Labour leader told the party’s “Connected” online conference this morning that the country needs “a national strategy with clear targets to close the education gap at every stage in a child’s development”.

He said such a strategy should be “enforced through an independent body, such as the children’s commissioner, and embedded in everything that we do”.

“If levelling up is to mean anything, it must mean closing the education gap and making sure no child is held back,” he added.

His comments come amid mounting concerns about the education lost, particularly by disadvantaged pupils, as a result of the pandemic.

The children’s commissioner, Anne Longfield, has been vocal in her concerns about a “lost generation” of teenagers created by the pandemic. Last month, she called for education to be prioritised in future lockdowns.

Schools were partially closed from March to July, and official attendance figures released by the government showed around 8 per cent of settings were still not fully open as of last week.

The government pledged earlier this year to provide £1 billion for catch-up initiatives, including £650 million to be split between schools and a £350 million national tutoring programme.

But Starmer said today that the government’s promised catch-up support had “failed to materialise”.

“And now the failure to get tests for children and teachers who need them means kids are missing out this term as well,” he added.

“Opportunity for the young should go way beyond party politics. It has to be a national mission to end the deep injustice that a child’s future is determined by their postcode, not by their potential.”

It comes as Kate Green, the shadow education secretary, told the i newspaper that the party was still committed to pledges made under Jeremy Corbyn’s leadership. According to the paper, these include creating a national education service, implementing local control of free schools and academies and ending tax exemptions for private schools.

Starmer said this morning that both the young and the old had been “badly let down” by the government, with children and young people “an afterthought”.

“And the gap between the best and worst-off families threatens to get even wider. This inequality scars life chances: and I fear it will leave a lasting legacy for a generation of children.”