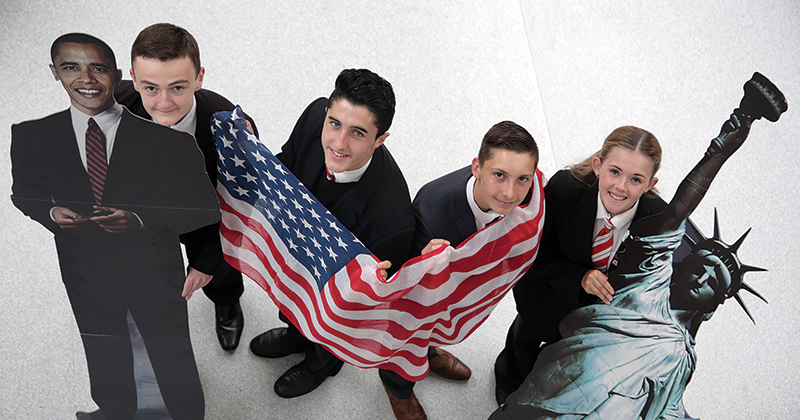 Four pupils from a Stoke-on-Trent academy will watch the US presidential race at close quarters, after winning a competition to become campaign interns.

Nathan Jarvis, Adam Brammer, Korben Ward and Bethan Atkinson (pictured left to right) from Ormiston Sir Stanley Matthews academy will join 20 other sixth-formers from five schools to act as campaign interns during the final two weeks of the election campaign.

More than 50 schools applied to the Inspire US 2016 competition organised by the Transformation Trust, with students tested on their essay writing and interviewing skills – and their own campaign ideas.

The Stoke-on-Trent students will help Hillary Clinton’s campaign in the key swing state of Florida, and will work alongside veteran political campaigners leading up to the election on November 8.

Mark Stanyer, the academy’s principal, says: “We are all so proud of the students for doing such an amazing job throughout the competition. They have all worked ever so hard and we have been delighted to support them along the way.”