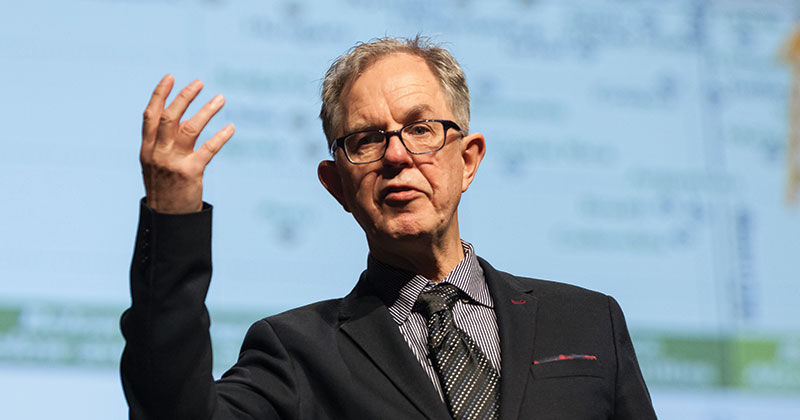 English schools are “way ahead of most of the world” in terms of collaborating to improve opportunities for pupils, says Andy Hargreaves.

Education has moved from a focus on achievement and effort towards a “new age” anxious about identity and well-being, said Hargreaves (pictured), of Boston College in Massachusetts, but the English education system was setting an example by encouraging collaboration.

However, he warned against “identity politics” that placed “all our leadership hopes in one person who can save us”.

His words echoed concerns about the “shining knight” model of “superheads” parachuted into failing schools to achieve rapid turnaround.

He argued that policymakers often based “their educational policies on their particular biographies, and their own experiences of being at school. I passed the 11-plus, I went to grammar school. Should this mean I foist grammar schools on everybody else?”

The rise of politicians and leaders making a “spectacle” of themselves based on their personal backgrounds in a bid to gain followers was part of a new age in education that focused on how to define oneself, said Hargreaves.

English schools split “between two periods” – one from 2000 to 2015 defined by “achievement and effort” and the other beginning now defined by “identity, engagement and well-being” – he claimed, before warning teachers not to lose sight of social mobility.

Questions about identity were given further weight by the arrival of often traumatised refugee children who now had to sit a standardised test in schools, as well as the rise of self-harm, cyberbullying, and anxiety in girls.

But the English education system continued to lead the way by specifically encouraging collaboration, rather than just competition, to build communities.

Citing projects in Hackney, east London, and across Greater Manchester, Hargreaves praised the idea of schools in clusters, such as academies, to help struggling schools improve.

“Compared with most other countries in the world you are way ahead on leading from the middle; you take collective responsibility, not just for kids in my schools, but kids in all the community.

“I talk about you to the rest of the world, as you’re a paradigm case of positive collaboration that thinks about other people and not just yourself – sometimes with the government and sometimes despite the government. It’s a great strength of this system.”