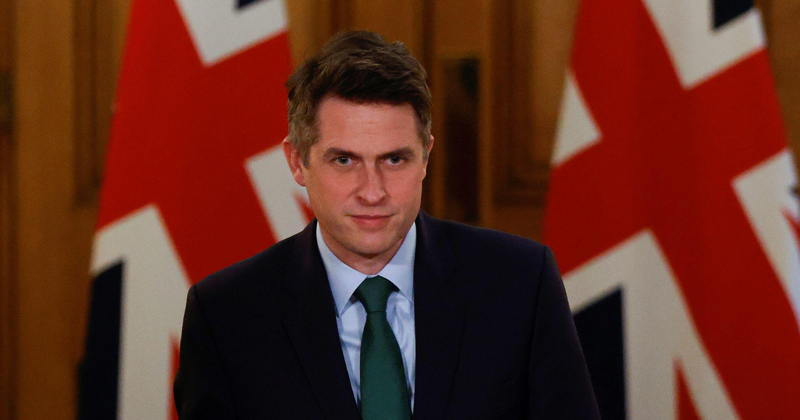 Gavin Williamson has announced a raft of new policies today that he hopes will push towards the government’s “vision” for all schools to be academies.

The announcement was made in a speech (which can be read in full here) today at the Confederation of School Trusts (CST) annual conference.

Williamson stated his ambition to bring schools with a “history of long-term underperformance, which have had three consecutive Requires Improvement or worse judgements by Ofsted, into strong multi-academy trusts”.

Williamson committed to consulting “fully” with the sector on any such changes.

Geoff Barton, general secretary of the Association of School and College Leaders, urged “caution … about the unintended consequences of new forms of compulsion such as further stigmatising schools in this category”.

2. Plans to ‘make it easier’ to join MATs

Williamson also said the government wanted to “turn that 50 per cent of pupils studying in academies into 100 per cent”.

To allow this, he explained that during the summer term the DfE would be “undertaking research and speaking to school leaders” as it seeks “to make the process of joining a multi-academy trust as easy as possible”.

The annual trust capacity fund will be increased by £7 million to £24 million to “grow existing strong academy trusts and provide more capacity for trusts to take on and support conversions”.

The cash will be provided over the 2021-22 financial year. Guidance on who the fund is for and how to apply will be published in May.

4. Schools can ‘try before you buy’

The education secretary encouraged schools to temporarily join a multi-academy trust for before deciding to make the leap.

He said the initiative “makes it easier for maintained and standalone schools to explore the benefits of joining a strong trust. Schools can try before they buy and see for themselves first hand what being part of a strong trust involves.”

This type of partnership isn’t new (see full details here), but the government has produce guidance on such arrangements (known as service-level agreements).

Williamson said he saw no reason why every local-authority maintained school in the country “shouldn’t consider taking up this opportunity as soon as possible.”

“We want them to make that choice with confidence, this is an important key step for some of those schools that have that nervousness to get over that’.

The DfE will work with the Catholic Education Service and diocese across the country to “establish a new turnaround trust to specifically support Catholic schools in need of intensive support”, Williamson said.

This will be focused in the north west, and will be funded by £1.25 million from the government.

It will be called the Northwest Catholic Dioceses MAT. The trust will act as a “temporary home” for inadequate Catholic schools while dioceses work to build MAT capacity, the government has announced.

It is similar to the Falcon trust set up by government to takeover failing schools. However it’s roll-out hasn’t gone to plan.

The ‘Diocesan Trust Formation Pilot’ will support nine diocesan academy trusts across England in areas of need. Seven new trusts have been identified, with a further two in the pipeline. DfE will provide £800,000 in funding.

Williamson said in order to bring the greatest benefits to the greatest numbers, a “clear regulatory framework that can support strong trusts” was needed.

He explained such a framework was also needed “ to address issues in the small number of cases where they arise”.

“Providing clear guidance for trusts will support our vision for strong families of schools, led by strong and effective governance and this year the academies financial handbook will be updated to bring greater clarity to our guidance”, he said.

However the handbook is updated every year, so it’s not clear what is different about this.