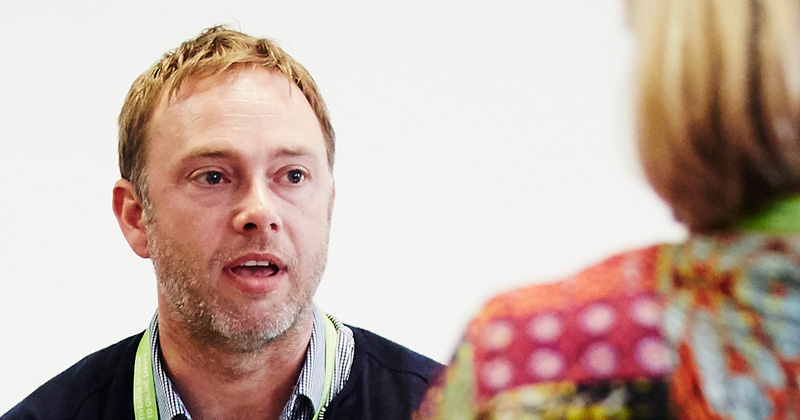 Special schools are at risk of being “lost” as the government moves towards an all-academy system, a special educational needs and disability (SEND) school leader has warned.

Simon Knight, deputy headteacher at Frank Wise school in Oxford (pictured), said he was worried that multi-academy trusts (MATs) saw secondary and primary schools as their “leader” and “struggles to see” where special schools would “fit in within that community”.

Speaking to Schools Week after a SEND session at the festival, he said: “The academies policy is a classic example of a lack of strategic stress-testing and national policy on the specialist sector.

“There is a huge amount of fragmentation and variability in the system.

“I think there is a risk that the top-down accountability structures focus far more on GCSE outcomes and the SATs-type outcomes.

“It is sometimes difficult to see or compare the quality of what is happening in a special school. Therefore, there is a risk that if schools in the mainstream are leading MATs that have special schools within them, then they may not fully appreciate some of the demands placed upon the special schools sector or the qualities that they are seeing . . . or equally know how to hold to account poor practice.”

Knight said that there were “pockets” of good and appalling practice, but added: “What we are seeing is a free market approach where the best practice will evolve and develop over time. But children don’t have time, they have one shot at this and we need to be far more sophisticated about policy reform and far more aware of the implications it will have on them.”

Knight said that one of the major problems was that the middle tier created to oversee academisation, including regional school commissioners (RSCs) and their deputy directors, did not have any special schools expertise.

Schools Week revealed last month that every RSC will now have two deputy directors appointed from within the sector. The names revealed so far include two headteachers, an education consultancy chief and a council’s education director.

Knight said: “I know some of the deputy RSCs personally and respect them greatly – and in terms of reflecting the mainstream sector they are people who are well positioned to be able to inform and develop the system – but what we don’t have is a strategic plan for having SEND knowledge and expertise across all the different regions.

“As we move towards a fully academised system, it is essential that those running and leading and holding to account that system reflect the full breadth and depth of education in this country. At the moment it seems that special education is poorly represented by those groups of people.”