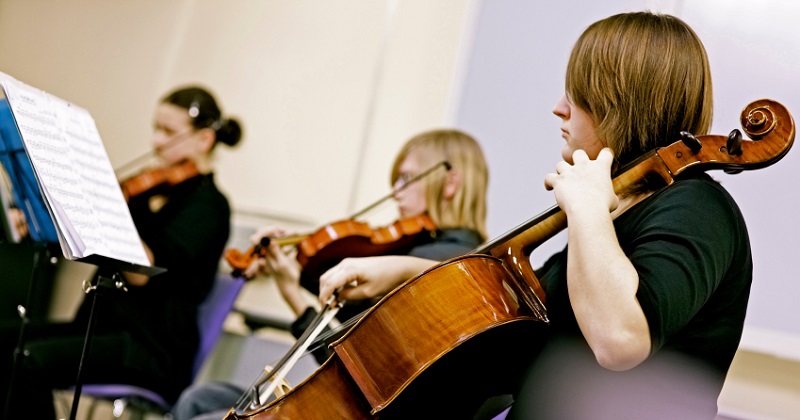 MPs will debate a decision to exclude expressive arts subjects from the English Baccalaureate (EBacc) this afternoon, after more than 100,000 people signed a petition calling for a change in the rules.

The debate on the EBacc will take place in Parliament’s Westminster Hall from 4.30pm, and campaigners from groups supportive of the petition have already gathered outside the House of Commons in anticipation.

Help save creativity in our schools. Important #EBACCdebate in parliament today at 4pm #baccforthefuture pic.twitter.com/a6gBhkHVph

The government wants to see all pupils who started year seven last September study the five core EBacc subjects – maths, English, science, a language and history or geography – at GCSE, and schools will be measured on the proportion of pupils who take the subjects, facing potentially harsher grading by Ofsted if insufficient pupil numbers take part.

Although more creative subjects like music, drama and art will continue to be offered by schools, critics of the EBacc say pupils could be discouraged from taking them in favour of more academic subjects and have warned that arts subjects could be pushed out of schools and become the “preserve of the elite”.

Among those gathered at Parliament for the debate is the National Union of Teachers acting general secretary Kevin Courtney, a vocal supporter of the petition and of initiatives led by campaign group EBacc for the Future and professional association National Society for Education in Art and Design.

Courtney said his union shared the petitioners’ concerns about the EBacc’s “narrow and prescriptive nature” and the “marginalisation of creative, artistic and technical learning”.

“The government needs to consult with teachers and other educational stakeholders about the creation of a broad and balanced curriculum that allows students to follow their particular interests and provides a range of learning experiences,” he said.

“Clearly there needs to be sufficient funding and resources for schools to achieve this. Cuts to school funding are already having an impact on the subjects offered to young people, particularly in the arts. To balance the books, many drama, music and arts teachers are being made redundant and classes in these subjects dropped.”

The recent news that creative subjects and jobs are under threat at at least seven schools run by School Partnership Trust Academies in Yorkshire and the Humber suggests that Courtney’s fears are not unfounded.

The trust has said it is taking “positive action” to “support and improve student outcomes and deliver value for money to parents and the wider community”.

In its response to the petition, the government said the EBacc provided a “rigorous academic education” and helped to “prepare young people for adult life”.

“The government believes that arts subjects are important,” a spokesperson said. “That is why art and design and music are compulsory subjects within the national curriculum for 5 to 14-year-olds. Pupils also have to study drama, as part of the English curriculum, and dance, as part of the PE curriculum.

The debate will be led by Catherine McKinnell, a Labour MP who sits on both the education select committee and petitions committee. Schools minister Nick Gibb is expected to respond for the government.