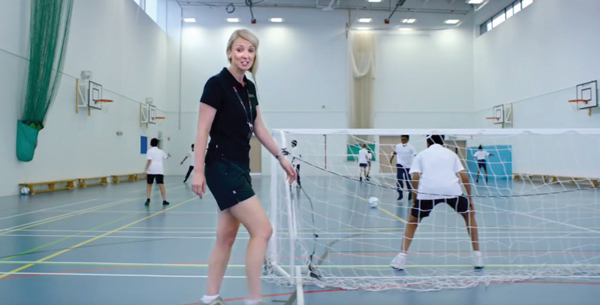 The government’s latest teacher recruitment advertisement could be independently investigated after more than 60 people made complaints.

The Advertising Standards Authority (ASA) has received 65 complaints about the television and online advert, which cost £3million to develop and air, and will decide whether to investigate it “in the next few days”.

It is understood most of the complaints relate to a claim that teachers can earn up to £65,000, which a senior union official says is misleading because it relates to the earning potential of only the highest-paid senior practitioners in inner London.

The Department for Education (DfE) has also been forced to defend that the advert — which used real teachers and pupils — did not include any from special schools, despite vacancy rates almost twice as high as mainstream schools.

Simon Knight, deputy headteacher at Frank Wise School in Banbury, Oxfordshire, said the “continuing absence” of special schools and those who attended them from teacher recruitment materials was “hugely problematic” for a sector struggling with “profound recruitment issues”.

He said: “When the secretary of state is championing the raising ambition for all it needs to mean ‘all’ and not just ‘all in mainstream education’. Analysis of government data by Marc Rowland, deputy director of the National Education Trust, shows that teachers in special schools, pupil referral units or alternative provision made up less than 5 per cent of the workforce but almost 10 per cent of the 750 vacancies for full-time permanent teachers recorded during the workforce census of state-funded schools in November 2013.

The annual censuses are the only official government data on temporary and vacant positions.

Mr Rowland also found that more than 10 per cent of posts temporarily filled by teachers on contracts of less than a year were in these schools.

A DfE spokesperson said the recruitment campaign, called Your Future: Their Future, was “part of a package of measures designed to inspire more talented people to join the profession”.

She added: “The stars of the campaign are real teachers who are passionate about their jobs and are focused on inspiring and helping their pupils to reach their full potential.”

Mr Knight added that it was “absolutely essential” the work taking place on piloting enhanced SEND teacher education was “properly evaluated and then disseminated fully to ITE providers.

“This would help to ensure that there are consistent enhanced SEND training opportunities for those who wish to work in special schools or with children with SEND in mainstream.”

The ASA received the first complaint about the advert on the day of its release when National Union of Teachers executive member Martin Powell-Davies complained about the text at the end that read: “Up to £65k as a great teacher”.

Although government payscale figures show leading practitioners can earn up to £65,978 in inner London, Mr Powell-Davies claimed the advert was “deliberately misleading” because such a “small proportion” of teachers actually earned that rate.

At the time, the DfE said: “Teachers have the potential to earn up to £65k and hundreds do.”