The number of special consideration request made for GCSE and A-level exams in England fell by 4 per cent this year – the first decrease in at least five years.

Special consideration requests are made by schools when pupils who take exams are disadvantaged in some way, or for those who cannot sit an exam for good reason – normally due to “exceptional circumstances”.

Ofqual said various factors have an influence on the number of requests made, but pointed to the decline in entries to AS-levels following their decoupling from A-levels.

The regulator also added: “The overall number of entries [in all exams] declined compared to 2018, falling by approximately 2 per cent, which may partly explain the small decrease in the number of special consideration requests.” 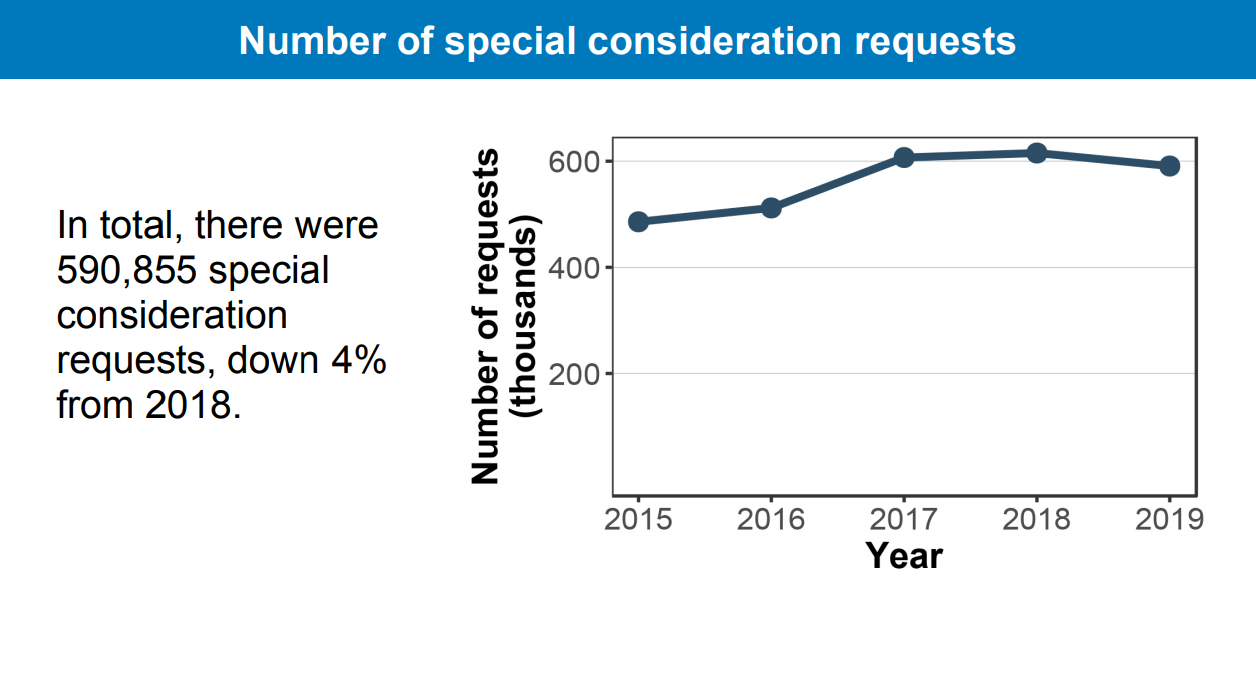 The number of requests for a qualification award – whereby pupils are given a mark despite not having sat the paper – increased from 20,170 in 2018 to 23,375 this year. The proportion approved rose from 3 per cent to 3.9 per cent over the same period.

According to the regulator, this may be explained by a decline in AS-level entries for maths, which fell by 76 per cent this year.