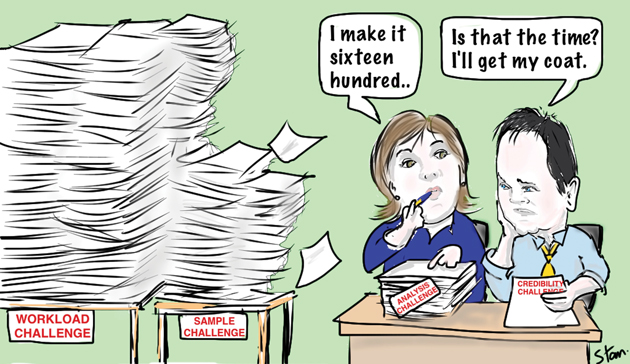 When they announced the results of the Workload Challenge last week, the deputy prime minister and education secretary shared a six-point plan that included a commitment not to introduce policy changes and Ofsted framework changes during the school year, a survey every two years on teacher workload and a review of leadership training.

Leaders of five unions wrote to the pair on Tuesday telling them the Workload Challenge report was a “missed opportunity” to address high workload, saying it would be a “disappointment” for teachers and school leaders.

The six-point plan is based on responses from less than 0.5 per cent of the profession.

They said: “The failure of the response to the Workload Challenge to robustly address these problems is certainly a missed opportunity that will disappoint teachers and school leaders and will hugely undermine the other work that is planned.”

Speaking to Schools Week, Green Party leader Natalie Bennett said: “Rather than tackling the pressing issue of high workloads for teachers, this government has instead been adding to it. The focus on testing and targets, and the collection on data, rather than leaving teachers to teach in a way that prepares their pupils for a fulfilling, productive life, is pushing many teachers out of the profession and shortchanging their pupils.

“Constant new policy initiatives, the divisive threat of performance-related pay and the lack of evidence behind decision-making are leaving teachers and schools on unsteady, uncertain ground, which also adds to workloads.”

A DfE spokesperson said: “We want to support the profession to tackle the issue of unnecessary workload which we know many teachers are concerned about.

“We recognise there is no quick fix. But we have listened and have taken firm action by outlining a number of measures, including greater clarity for schools on the requirements of inspections and giving schools more notice of significant changes to the curriculum, exams and accountability, which teachers have told us they want.

“We have been clear that we will monitor progress by tracking teacher workload through a large scale, robust survey next spring and every two years from then. This is just the start, we will keep thinking about ways to help teachers focus on what really matters — giving every child the very best start in life.”