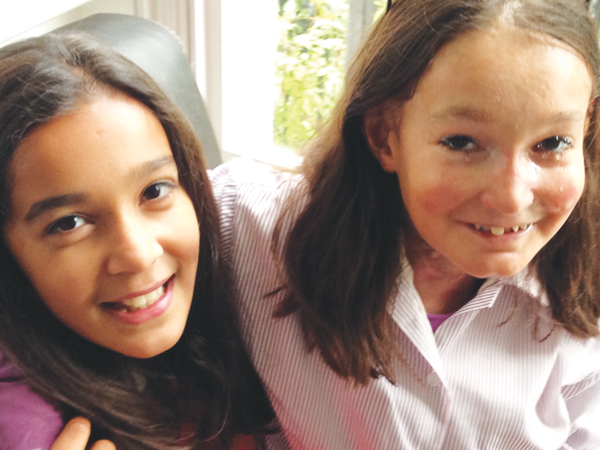 The courage of a pupil from the City of London School for Girls was honoured last week at the Pride of Britain Awards.

Sohana Collins (pictured right) suffers from the rare genetic condition, epidermolysis bullosa, which makes her skin so fragile that the slightest knock or scrape can cause serious injury.

Despite her condition and spending up to four hours each day wrapped in bandages, the 13-year-old maintains a “remarkably positive” attitude and gets involved with school life as much as possible, making great friends in the process.

She was named Teenager of Courage at the awards aired on ITV last Thursday and is the inspiration behind the Sohana Research Fund established in 2010. It has since raised £3.5 million for the charity.

City of London School for Girls’ deputy headteacher Katherine Brice said: “We are all enormously proud of Sohana.

“Her uncomplaining attitude and determination to play a full part in everything at school is an inspiration to us all.”

Pic: Pride of Britain award winner Sohana Collins (right) with her sister Jacinda at the City of London School for Girls