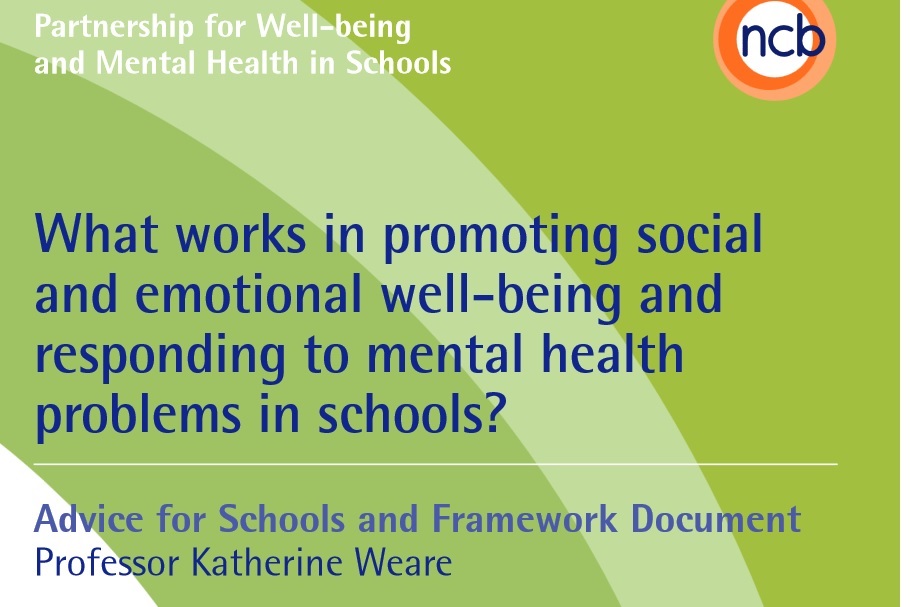 Misuse of social media and cyberbullying are presenting challenges to schools and causing a rise in emotional disorders among young people, according to a report published today by the National Children’s Bureau.

Last month Schools Week exclusively reported that no government figures had been released about prevalence of mental health in children since 2014.

Today’s report, What works in promoting social and emotional well-being and responding to mental health problems in schools?‘, reveals that eating disorders and self-harm are increasing, with NCB claiming “one in 12 children said [they] self-harm”.

Advice for schools on providing better support for pupils with mental health issues and on promoting well-being among staff and students is also included in the report.

Well-being starts with frontline staff, the NCB says : “Over 80 per cent of teachers report experiencing stress, anxiety and depression at work and over 50 per cent feeling ‘severely’ stressed”.

Emphasis in the guidance is on developing a school and classroom climate which builds a sense of connectedness and purpose so that all children can thrive.

The review was conducted by Professor Katherine Weare for the Partnership for Wellbeing and Mental Health in Schools –  a national network of 40 organisations hosted by the NCB.

Anna Feuchtwang, Chief Executive of the National Children’s Bureau, said the framework “highlights the benefit of adopting a whole-school approach to promoting social and emotional well-being, to help address mental health problems both in pupils and staff”.

She added: “By framing principles which are directly informed by international research our aim is to give school leaders and their staff the best support to deliver effective interventions. This will impact on academic learning and motivation as well as staff and pupil well-being. It will reduce mental health problems and improve school behaviour.”

Chief Executive of SSAT – the Schools, Students and Teachers Network Sue Williamson said successful schools have always recognised the significance of emotional and mental well-being across their school community.

She added: “They realise that a healthy, safe and thriving community is the tangible expression of their values as an effective place of learning and development for all pupils. Headteachers…. understand it is crucial for supportive whole-school systems to be clear and consistently implemented and they invest in their staff so they can confidently embed emotional well-being in every aspect of the school day.”

According to Ms Williamson, the framework “outlines effective approaches that support the emotional well-being and mental health of the whole school community and the welfare of staff, given their pivotal role in promoting well-being”.