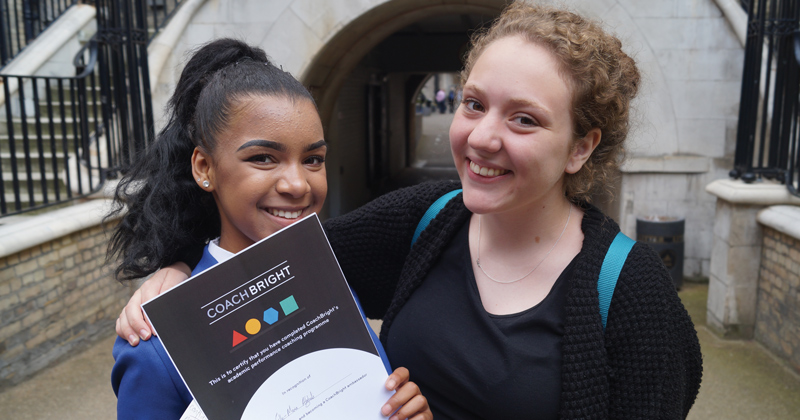 A social enterprise set up by a former Exeter University student is working to increase participation of pupils from low-income and minority-ethnic backgrounds in higher education.

CoachBright UK sends student volunteers into secondary schools once a week to coach pupils one-on-one in confidence building, independence and problem solving, to prepare them for the self-directed study required at university.

The enterprise was set up by 26-year-old Robin Chu, who found himself struck by the lack of diversity among his peers while at university.

“It wasn’t the most diverse place in the country,” he explained. “I felt lucky to be there, but I noticed not a lot of people looked like me or had a similar kind of background or experience. That stayed with me.”

The scheme – which is currently working with 600 pupils across 50 schools – collaborates formally with Exeter University to recruit volunteers, but has student coaches from universities including Kings College London, London School of Economics, Aston University and Birmingham University.

“It has allowed our pupils to take greater responsibility for their learning by creating a culture of self-confidence and self-direction,” said Matt Jones, the principal of ARK Globe Academy, which is involved in the scheme. “We’ve seen our first intake of sixth-formers getting off to a strong start, with many cases jumping up an entire grade boundary.”