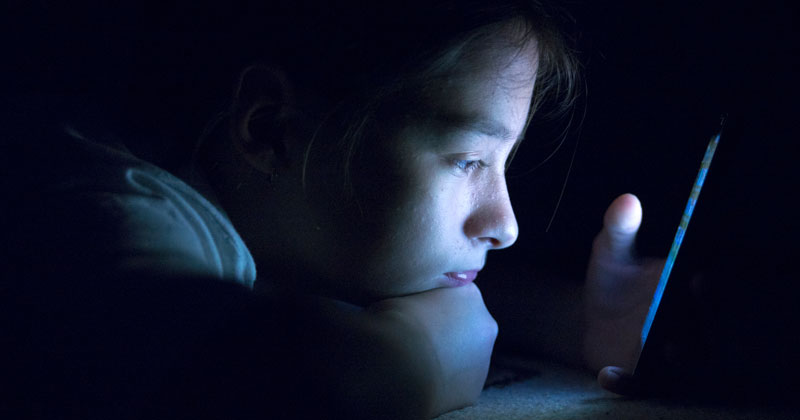 Teachers have warned that social media apps, such as Snapchat and Facebook, are making it easier for pupils to abuse each other, with mild insults escalating into “serious threats” which disrupt learning.

In response, the Association of Teachers and Lecturers will debate a motion calling on the government to include “hate crimes and speech” in the planned new PSHE curriculum.

A survey by the union of 345 members showed 84 per cent of respondents felt the topic should be included in PSHE in future.

But additional comments submitted by teachers reveal the impact of social media on their pupils.

A primary teacher in Wiltshire, said one child had bullied others using social media to “hand over snacks and parts of a packed lunch”, adding that this had gone on for months.

In the West Midlands, a new pupil was threatened by a group of with the bullying escalating into “minor violence and threats to hurt his younger brother”.

A primary teacher from Cardiff said: “A boy who lacks confidence socially was targeted by others over a period of three weeks.

“The other boys were telling staff that he had hurt them so that the victim would get into trouble. The victim had not reported it because he was afraid – and the other boys are deemed popular.”

Social media’s role in such incidences is likely to grow as usage of such networks expands among children.

According to Business Insider, a recent survey of teenagers by PiperJaffray found that picture and video messaging app Snapchat was the most popular social network, used by 81 per cent of respondents. It was closely followed by picture app Instagram, used by 79 per cent.

One teacher from North Yorkshire said mobile phones were a “contentious issue” and that apps such as Snapchat have “made it easier than ever to send abuse”.

A teacher in a sixth-form in West Yorkshire described one girl bullying another girl via social media because she had started seeing her ex-boyfriend. “Quite mild insults very quickly escalated to quite serious threats,” the teacher said.

And the children’s commissioner, Anne Longfield, recently called for all children aged four to 14 to be taught “digital citizenship” to keep them safe online.

According to the Crown Prosecution Service, a hate incident is any incident which the victim, or anyone else, thinks is based on “someone’s prejudice towards them because of their race, religion, sexual orientation, disability or because they are transgender”. In the ATL survey, 51 teachers said they were aware of incidents of hate crime or speech inside their school – while 139 were not and 41 were unsure.

Of 243 people who reported bullying of pupils in their schools, 176 reported that it was connected to some kind of perceived difference from “the norm”, while 57 said it had something to do with race or ethnicity.

Bousted said all schools should have “robust bullying policies in place that cover how to deal with incidents of hate crime and speech”.

Barnardo’s chief executive, Javed Khan, said the results of the poll show not only the scale of bullying in UK schools “but also that the problem is getting worse”.