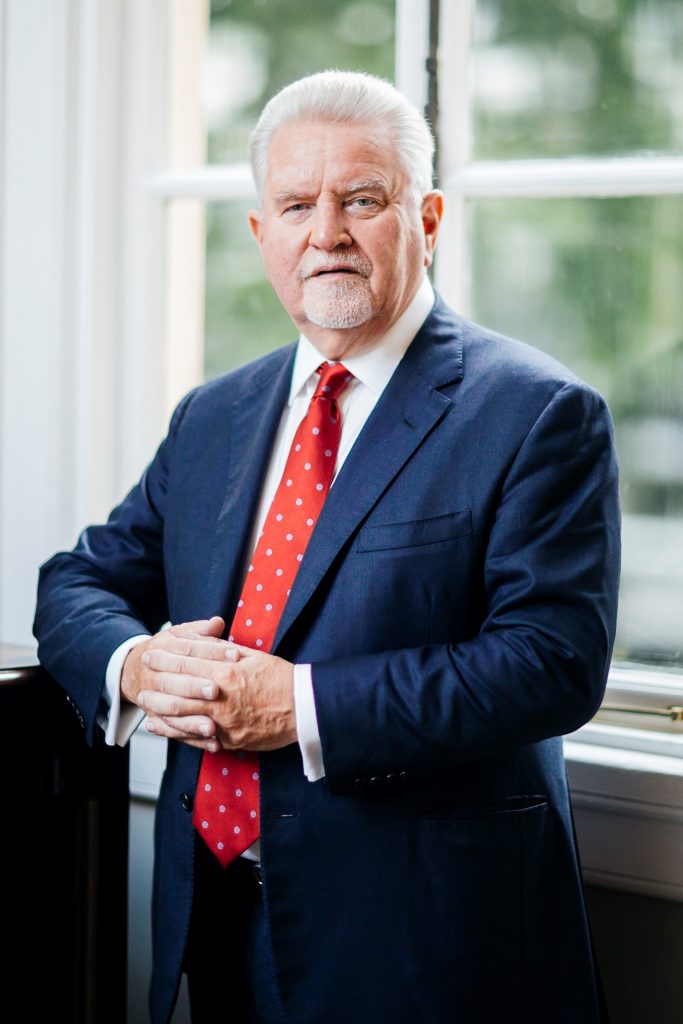 The millionaire businessman behind Aldridge Education academy trust has been named as its patron after relinquishing his role as trustee earlier this year.

Sir Rod Aldridge said he is “delighted” to have taken on the honorary role following his resignation in September.

While the role of patron is common in the charity sector – to raise the profile and mission of an organisation – it is much rarer among academy trusts.

The trust said Aldridge will continue to visit their schools in his new role to give speeches and use his experience as an employer to help pupils at a time “when the gap between the richest and poorest is widening”.

But he’s not the only academy trust patron.

For instance, Olympic ice dance heroes Torvill and Dean were made patrons of the LEAD Academy Trust in 2015.

A press release issued at the time from the pair said they wanted to support the trust “giving young people high aspirations”, adding: “We hope our own achievements can provide even more motivation to the children”.

When asked for comment, the trust said the pair are no longer patrons – but would not provide any further details.

The trust said its aim is to “work on areas of social and economic deprivation and improve the social mobility of young people is something which Ruth is also very well known for championing.

“Ruth has helped us to share best practice across the sector by speaking about the work the trust does in deprived communities.”

However, the decision to use a patron doesn’t come without its risks.

Prince Andrew recently relinquished all 230 of his patronages following a car-crash BBC Newsnight interview regarding his relationship with sex offender Jeffrey Epstein.

They included 33 in the education sector, such as the Baker Dearing Educational Trust, which promotes university technical colleges, and the Enterprise Education Trust, which helps youngsters develop employability skills.

He was also patron and president of The Wellington Academy, a state school in Wiltshire sponsored by Wellington College.

Prior to the Prince’s announcement that he would be withdrawing from public duties, Schools Week approached all the education charities he was associated with to see if they would be standing by him.

However the Peter Jones Foundation, which partners with schools to help pupils run businesses, said the Duke had “fully supported the work of the charity. Regarding the allegations, the Palace has issued an emphatic denial and we have nothing further to add to this statement”.

Leora Cruddas, chief executive of the Confederation of School Trusts, said the role helps recognise those with a “long service to a charitable organisation and it is a reflection of the contribution they have made”.

Education Uncovered previously reported Aldridge has pumped over £12 million into the schools since 2006 – the highest donations by a private academy sponsor to schools.

A Schools Week investigation in 2016 found nearly £20 million in charitable donations had been handed to just over 12 academy trusts by their multi-millionaire founders.

Sir Rod Aldridge founded the Aldridge Foundation in 2006. Under the Aldridge academy trust, it now runs 11 schools and colleges.

Aldridge made his fortune after founding outsourcing giant Capita in 1984 and is now worth in excess of £100 million.

On his new role, he added: “I believe passionately that all young people have a right to a good education. One that gives them both qualifications and the enterprising skills and entrepreneurial mindset to thrive.”

He will continue to remain a member of the trust as well as a governor at Kensington Aldridge Academy.