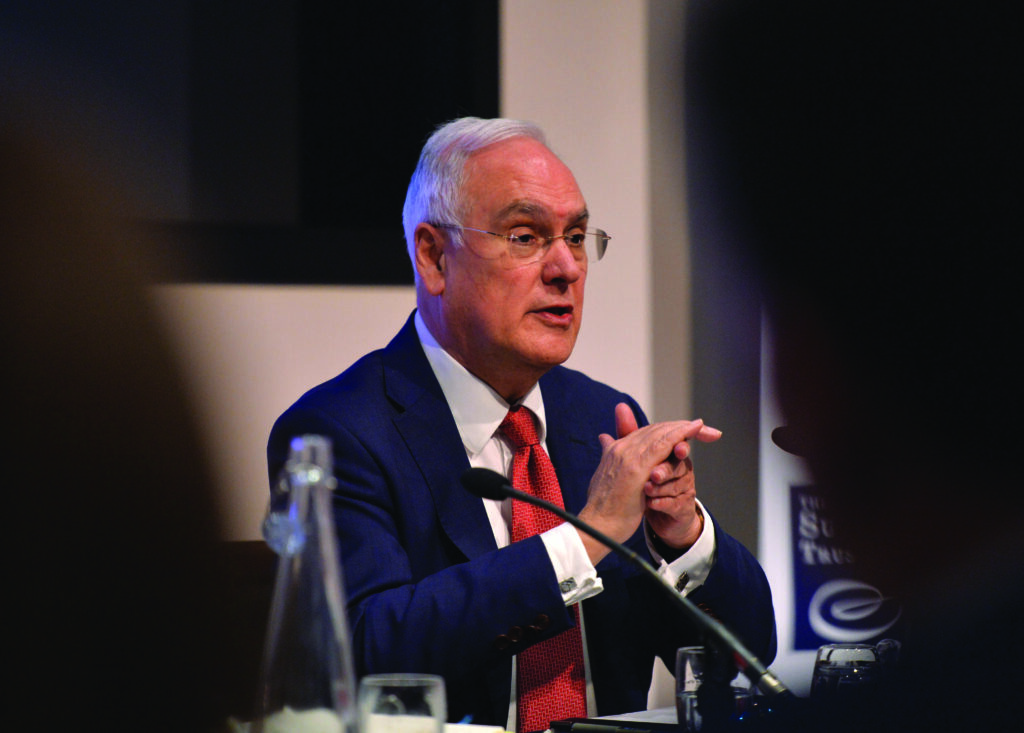 The chief inspector told the Sutton Trust’s best in class summit in London that independent schools should not have charitable status unless they “get involved” in running local schools.

But there are practical concerns about the removal of charitable status, with one prominent policy chief warning that such a move would likely require legislation to enforce it.

Sir Michael said it was a “moral outrage” that the private sector was establishing schools abroad and “sucking in” teachers from England while “not doing enough to help our own poor children”.

“I get quite angry when I hear independent school heads saying ‘inequality is getting worse’ and wringing their hands.

“[They should] get stuck in. Sponsor an academy . . . and they should lose their tax subsidies and the reliefs they get from the Charity Commission unless they sponsor an academy and show that they really mean what they say.”

Independent schools receive tax breaks if they can prove to the commission they provide a wider “public benefit”, such as sharing facilities with state schools.

“You’d need to change the rules on charity status. It would certainly be a shift away from how the Charity Commission currently adjudicates public benefit.”

Mr Simons said he could see “where Sir Michael is going with it”, and acknowledged the need for more academy sponsors, but warned such a change could create issues such as independent schools facing the loss of charitable status if academies were taken from them by regional schools commissioners.

Sponsorship of academies by independent schools in the past has yielded mixed results.

In 2013, Dulwich College pulled out of being the lead sponsor of the Isle of Sheppey Academy in Kent after admitting Dulwich staff did not have the capacity to drive improvement at the required rate, while Wellington Academy, sponsored by Wellington College, has faced issues with staff retention and poor exam performance.

Julie Robinson, the general secretary of the Independent Schools Council (ISC), said it was a “shame” that Sir Michael “continues to attack independent schools”, adding that more than nine in ten ISC schools were in “mutually beneficial partnerships with state schools”.

She said: “The typical independent school is a small prep with fewer than 350 pupils and working to tight financial margins with restraints on all other resources. Whilst they work hard within their communities and with other local schools, they couldn’t conceivably sponsor an academy.”

The summit also heard from schools minister Nick Gibb, who prompted a mixed response when claiming that no government since 2010 had “done more or made greater progress” to make schools into engines of social mobility.

Toby Salt, the chief executive of Ormiston Academies, warned the summit that the “bewildering” level of school choice in the education system today was marginalising “weaker” parents