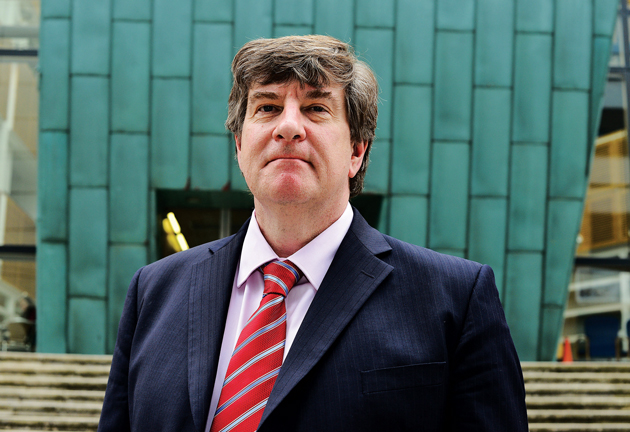 The new national schools commissioner, Sir David Carter, is keeping quiet about plans to make his office more open, despite promising to bring transparency to the role since he took over.

Sir David (pictured), who started the job at the beginning of February, was unable to answer questions about his plans to introduce a new tier system for academy chains and repeated requests from Schools Week for further information about transparency – and why it was now missing from his plans – were also refused.

It comes after the commissioner made no mention of transparency in his first big interview, published in TES last week, despite telling Radio 4’s Today programme in January he wanted commissioners to become more accountable and transparent and claiming “there are many routes” for the public to contact him.

Before taking the role, Sir David was a positive advocate for openness, claiming during a presentation at the Independent Academies Association conference in October 2014 that the individual votes of headteacher board members – who advise regional schools commissioners (RSCs) on academy chain takeovers – would be made public. Sixteen months on, they are still hidden.

A report in January by the House of Commons education committee on the role of RSCs, who are now overseen by Sir David, highlighted “significant concerns” over transparency, and said the roles are “clouded in elements of secrecy”.

None of these aspects have so far been addressed by the new national commissioner.

In his interview, Sir David revealed plans to create four tiers of academy chains, ranging from starter trusts made up of five or fewer academies to “system leaders”: large chains with 30 or more schools under their umbrellas (see last page). Trusts will need to go through an “assessment” before moving through the tiers.

The plans appear to place the national commissioner at odds with Ofsted, which began inspecting academy chains last year.This week, Ofsted’s chief inspector, Sir Michael Wilshaw questioned the lack of information about commissioners, telling a parliamentary committee he was “not clear” what they do “other than re-broker failing academies”.

The plans have neverthless been given a cautious welcome by the heads of several large trusts.

Jon Coles, chief executive of United Learning, one of the eight trusts that meet the “system leader” requirements, said he supported Sir David’s efforts to “manage the growth” of chains, but warned it should not be based on how many schools they had.

He said: “Just because you’re big, doesn’t mean you’re going to have something useful to say. If it becomes about status I think that would be a mistake, but I think Sir David is very alert to that.”

Last year, Mr Coles told parliament he favoured a system in which larger trusts reported directly to the national commissioner rather than a particular RSC – something now happening under Sir David’s plans.

Sir Steve Lancashire, chief executive of Reach2, which runs 50 schools, said the tiered approach would mean trusts could “genuinely collaborate” on some of the toughest issues facing them, “such as recruitment and retention, and how to draw talent to cold spots in the country”.

Sir Steve said he also welcomed plans to have trusts be assessed before moving between tiers.

Ian Comfort, who leads the 67-school Academies Enterprise Trust, told Schools Week some schools had learned the hard way about expanding without “stepping stones”, adding: “I think there was an imperative in many ways to get the academies programme up and running.”

Conservative MP Neil Carmichael, chair of the education select committee, said he was happy with the idea of Sir David floating ideas, but said he still wanted to see more transparency in the RSC system and national commissioner role.

Mr Carmichael said his committee would like the opportunity to bring Sir David before the committee on occasion, but did not have a rough date for his first appearance.