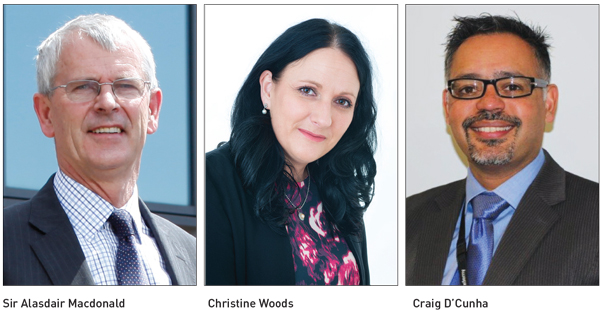 Sir Alasdair Macdonald has been elected chair of the New Visions for Education group.

His predecessors include Sir Tim Brighouse, the former commissioner for London schools and Birmingham chief education officer, and Professor Geoff Whitty, the former director of the UCL Institute of Education.

Sir Alasdair led Morpeth School in Tower Hamlets, east London, for 21 years until his retirement last summer. He was knighted in 2007.

He says he accepted the New Visions post because he feels there is a “need for an alternative approach to the school system.

“The current government has very clear ideas on where they want education to go and I think it is important we have an opportunity to articulate the view that there are other ways of doing it.

“Some of the stuff the government is doing is quite ideological rather than supported by evidence.”

Sir Alasdair, 65, studied geography at Aberdeen University before working abroad for seven years in Malawi, and then Papua New Guinea.

“Africa gave me a chance to experience teaching and that’s where I discovered my love for it.”

Christine Woods has been appointed headteacher of Ormiston Endeavour Academy in Suffolk.

She joins the school after its recent Ofsted “requires improvement” rating – and says that she aims to take it out of that grading within 12 months.

“Since I have been here I have observed every teacher and that is the starting point. I observe, I come up with a baseline and for anyone who is not good or outstanding I implement a clear process that is in place to improve them in a very short space of time.”

Ms Woods, 44, has spent 21 years in education. During a stint at Norfolk County Council as a school improvement adviser she went into three schools in a leadership position – during which they all had their best ever results.

She completed a degree in computing with statistics at Hertfordshire University and then a PGCE at the University of East Anglia.

Craig D’Cunha is the new headteacher of Suffolk New Academy after nine years as vice-principal at Neale-Wade Academy in Cambridgeshire.

Describing his new school as “a bit of a gem”, Mr D’Cunha is aiming to move Suffolk from its current requires improvement status to good within 18 months – and then outstanding in three years.

“The school serves an area of great disadvantage,” he says. “It has so much potential but it just needs the right direction and the right stimulus.”

To lower classroom disruption, the new head has removed “distracting” students to a separate learning environment.

The students talk to a member of staff “so the problems get resolved and they can see the impact they are having on other people”.