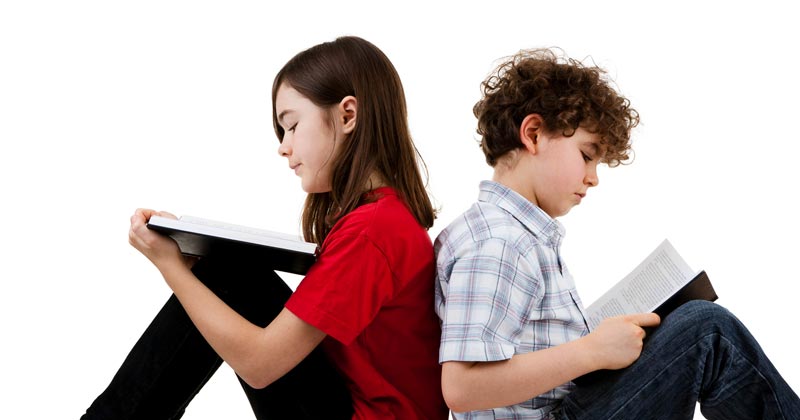 Teachers have been urged to wise up to behaviourial changes in girl pupils after a new report found a “silent army of lost girls” is suffering with extreme reading difficulties.

The study, of more than 60,000 children published today by schools assessment provider GL Assessment, suggests that hundreds of thousands of girls have reading ages up to four years behind the average.

Experts believe that because the focus of poor literacy has traditionally been on boys, the problems many girls encounter are often overlooked.

Girls are also better at “masking” their reading difficulties, according to the ‘Lost Girls’ report. It said boys tend to express their frustration in “erratic and impulsive” behaviour, but girls retreat into themselves and daydream.

The findings come less than a month after it was revealed that boys are often outperformed by girls in literacy because they read less thoroughly than their female classmates.

The research by University of Dundee professor Keith Topping found that boys tend to miss sections out of pages or skip some completely when reading, a trait less pronounced in girls.

Greg Watson, chief executive of GL Assessment, said it was true that boys are, on average, weaker readers than girls and it was “understandable” why boys have “commanded most attention from teaching professions” when it comes to tackling poor literacy, but added: “That shouldn’t blind us to the significant numbers of girls in this country who also struggle.” The ‘Lost Girls’ report recommended five ways in which teachers could spot the signs that girls may be having difficulties.

The report found teachers should look for changes in everyday behaviours, changes in demeanour or body language, if punctuality becomes an issue, girls making “inappropriate” friendships, and constant use of social media.

Eleven per cent of 10-year-old girls score below average in both measures, which means they are 40 months behind.

The report said the findings show there are more than 40,000 10-year-old girls nationally who have the reading age of a seven year old.

The situation worsened in secondary school, according to GL Assessment. The proportion of 12-year-old girls who score poorly in sentence completion rose to 20 per cent, meaning they have a reading age 39 months below the average.

The same proportion (20 per cent) had trouble with passage comprehension. They have a reading age 44 months behind the norm.

Twelve per cent of 12-year-old girls score poorly on both measures, suggesting they are 53 months below the average, which indicates that they have a reading age of an eight year old.

Almost 42,000 of 12-year-old girls nationally therefore have the reading age of an eight year old, the report said.

Lorraine Petersen, a children with special educational needs (SEN) consultant, said the report’s findings indicate there is a “significant problem with the under-identification of girls”.

“Recent statistics indicate that more than one million children in the country have a special educational need, with almost twice as many boys being on SEN support compared to girls,” she said.

“The question we may need to ask is whether this a true reflection of the school population or is there an under-identification of girls who may elicit very different traits to boys and who therefore get ‘lost’ in the system?”