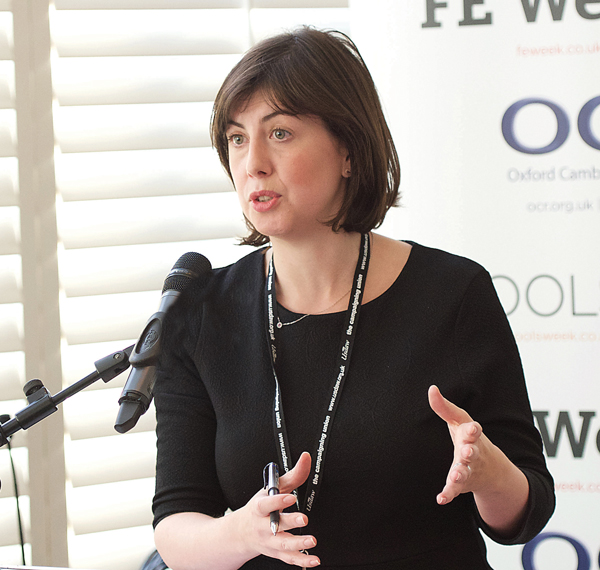 A Conservative spokesperson said the party was “disappointed” with Ms Powell, pictured, after she claimed Department for Education figures for the year to November 2014 showed the number of teachers leaving the profession was the highest since records began.

Government data shows that 49,120 teachers left the state-funded sector in the year to November 2014, while Ucas data shows 48,900 students signed up for teacher training in the same period.

Ms Powell’s comments represent the beginning of a stronger campaign against government schools policy, a shift that she signalled in her speech to the Labour party conference in Brighton last month.

But the spokesperson accused her of “scaremongering”.

“It’s disappointing that rather than acknowledging and celebrating the fact that the number and quality of teachers is at an all-time high, Lucy Powell has resorted to scaremongering with misleading statistics.

“Far from the picture painted by the Labour party, teaching remains a hugely popular profession with 3 per cent more people due to start postgraduate training than at this time last year. The latest figures show the number of former teachers coming back to the classroom has continued to rise year after year. As a result there are now 13,100 more full-time equivalent teachers than in 2010.”

A Conservative briefing said the data used by Ms Powell included retirees and that to portray it as 50,000 people leaving the profession was “disingenuous”. It also said half of the drop in recruits in the Ucas figures was because Scottish trainees were no longer selected through the service.

Ms Powell said: “For years, this government chose to ignore the growing problem with teacher supply, continuing instead to botch recruitment and do down the profession at every opportunity.

“As a result schools are now struggling against falling applications and the highest number of teachers quitting the profession on record. The Tories’ failure to take this problem seriously is threatening standards in our schools and damaging the education of our children – it cannot go on any longer.”