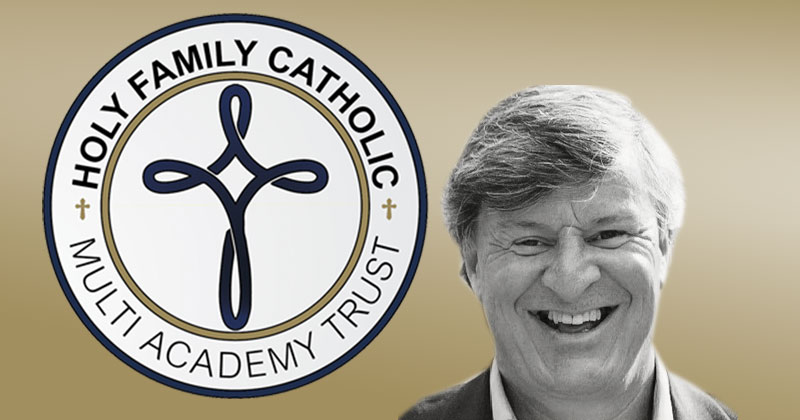 An academy trust unknowingly ran up a £1 million deficit while its now-ousted boss was paid a £25,000 bonus, new documents reveal.

In April, Schools Week revealed that Quinn, who also sits on a Department for Education headteacher advisory panel, left his post alongside operations manager Sally Mitchell amid an internal investigation into a budget black hole.

Newly published accounts for the Wirral-based trust now reveal the deficit was £966,000, with four of its five schools in debt.

Accounts also question bonuses and invoices paid out to Quinn and Mitchell during their tenure.

But the Frank Field Education Trust, which appointed Quinn as chief executive days after he left Holy Family, said the allegations are “simply untrue” and will be “ruled on in court”.

Quinn, who claimed he was forced to resign, is pursuing a claim against his former employers via an employment tribunal.

Holy Family’s accounts say an external investigation was launched after whistleblowing complaints received in March 2019, which focused on the “culture” in one of the trust’s five schools and “financial management issues” across the trust. The probe found “error and mis-statements” in the trust’s financial accounts for 2017-18.

The accounts state the deficit was “exacerbated by cut-off errors between years that distorted the position and allowed the excess expenditure to continue for a longer period than would normally be the case”. The “largest single cause” of the deficit was overstaffing in one school by “around 20 posts”.

Four of the five schools are carrying a deficit, with St John Plessington Catholic College, where Quinn had been headteacher for 14 years, facing a deficit of over £1 million.

Holy Family’s accounts raise concerns about the pair’s ties to that trust, noting that invoices were charged to FFET for the work they did, but there was “no formal system or process in place to monitor the number of days charged and the fee rate”, and adding that the board should have had an opportunity to “scrutinise” the transactions.

They also note payment of bonuses “without adequate evidence to support these”, specifically £25,000 paid to Quinn and £10,000 to Mitchell.

The accounts say the payments were approved by the chair of governors but auditors found “no evidence” of the performance management framework supporting the payments, or that they had been benchmarked to other trusts.

Both Quinn and Holy Family declined to comment ahead of legal proceedings, which are likely to take place next year.

However, Field insisted the “suggestions and allegations” made by Holy Family were “simply untrue and completely at odds with our experiences of working with them”, and hit back at the “appalling” lack of management at the trust.

“The truth of this matter will be ruled on in court as the staff member concerned has his tribunal heard, and we wholly support him.

“While he is currently unable to defend his position due to these proceedings, we are aggrieved that their accounts suggest that there was any wrongdoing on the part of our trust. We acted with professionalism and integrity throughout.”

Field previously questioned “why people have tried to bring down one of our great headmasters”. In June, Quinn claimed he was “forced to resign when my position became untenable” due to the actions of the newly appointed trust board.

Quinn is also a member of the DfE’s secondary headteacher reference group, a select group of “leading headteachers” who advise and influence policy development.

Other issues raised in the accounts – which also state the trust was able to set a balanced budget for this year – include no budgets being provided to the board and no evidence of cash-flow forecasting.

Correction: This article incorrectly named Carol Lawrence as chair of governors at Holy Family Catholic MAT. Lawrence is chair of the trust.