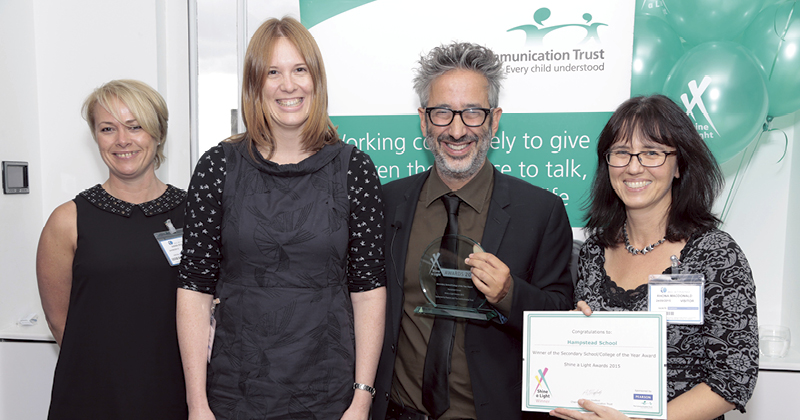 Applications for the fifth annual Shine a Light awards, which recognise the contributions of teams, settings and individuals across England that support children and young people’s speech, language and communication, are now open.

The awards were launched in 2011, through a partnership between The Communication Trust and Pearson.

Applications close on January 12, with the awards ceremony held in London on March 23.

A celebrity host is set to be revealed nearer the time, following on from comedian David Baddiel, who was the guest of honour at this year’s ceremony.

Chris Hall, director of clinical assessment at Pearson, said: “The continued popularity of the awards proves how much is being achieved across the country to support young people with speech, language and communication, and this work is too often unrecognised.”

For more information on how to apply, go to shinealightawards.co.uk