A service dog stabbed while protecting his handler has visited pupils at a Lancashire primary school to help them with a creative writing module.

Year 6 pupils at St Bartholomew’s CE Primary School had been learning about Finn the German shepherd, who was stabbed in the head and chest in the line of duty, and his handler PC Dave Wardell (pictured centre), writing their own news stories recounting the events.

Their teacher Helen Lawton sent some of their stories to Wardell via Twitter, who was so impressed with the writing that he offered to visit the school with Finn, who is the subject of soon-to-be-released book, Fabulous Finn: The brave police dog who was stabbed and came back.

“It was the best writing that they’d ever done,” said Lawton. “PC Wardell messaged me back and said he was so moved, he had even been crying, and wouldn’t it be nice to give kids a happy ending.”

Pupils got the chance to take Finn for a walk and had a Q&A with Wardell. Other sniffer dogs from Lancashire Police also turned up, accompanied by the local radio station.

“The start of our new topic is heroes and villains so it was perfect for a topic launch as well,” Lawton added. 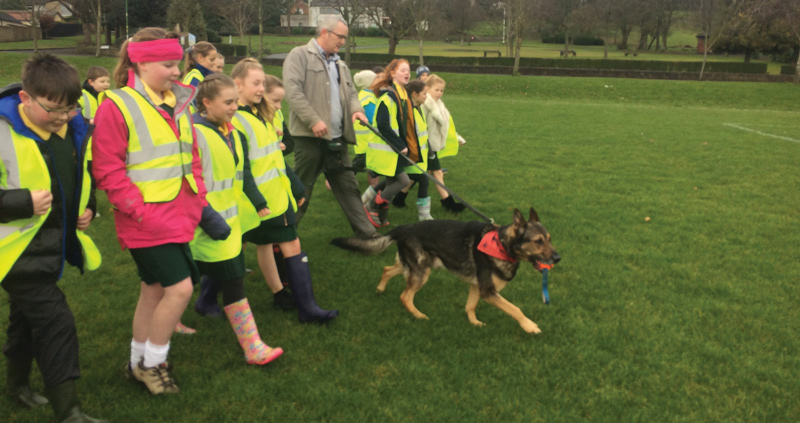