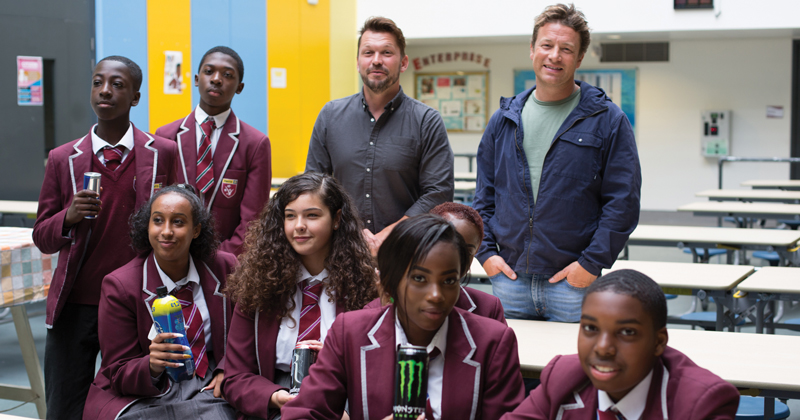 Harris Academy students are spearheading an awareness-raising campaign after starring in a TV segment presented by Jamie Oliver on the detrimental effects of energy drinks. 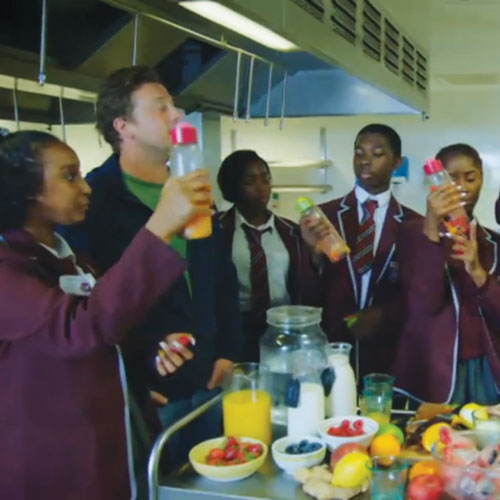 The pupils involved are now leading a drive to educate their peers on the dangers of having too many energy drinks, coinciding with Oliver’s latest campaign to ban their sale to anyone under the age of 16.

“The most powerful thing is that the students who were on the programme have dramatically cut down. That’s seven children that are not having the energy drinks like they were, and that makes me very, very happy,” said assistant principal Louise Martin, who also appeared in the episode. “If you’re full of stimulants you’re not going to have the best learning experience.”

Harris Academy South Norwood banned energy drinks on school premises in September 2016, along with all other schools within the Harris Federation.

“When energy drinks are confiscated, they’re not just confiscated,” Martin added. “You’ve got to explain to the students why they can’t have it. It says you can’t give them to a woman who’s breastfeeding, why do they think that is? Because it’s going to go to the baby. Get them to break it down like that, exactly like you would in a lesson.”

“The academy had long recognised the negative impact of these high-caffeine drinks on our students’ ability to concentrate,” said Nick Soar, the academy’s executive principal. “The results have been very positive, so we were delighted that our students were asked to take part in Jamie and Jimmy’s documentary to raise awareness of this issue.”