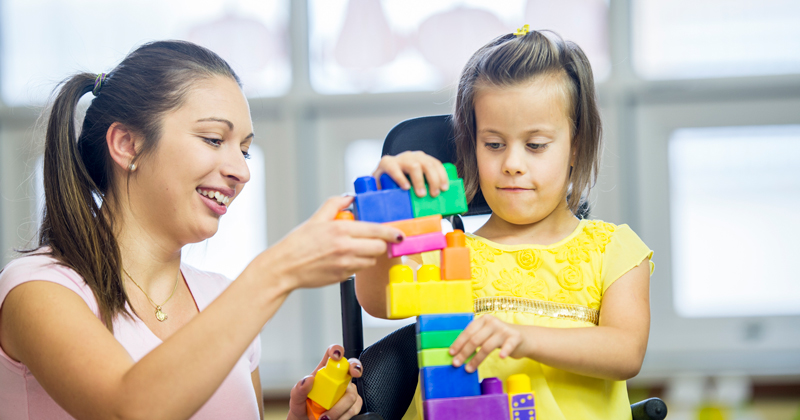 The government will end nationwide relaxations over providing support for SEND pupils for September – but it will still consider easing requirements at local level.

July marks the third month since the government began relaxing the duty of councils to provide support for SEND pupils during the coronavirus outbreak, to which they face a legal challenge.

Instead, local authorities only need to use “reasonable endeavours” to fulfil their duty.

In new guidance published yesterday for the autumn term, the DfE confirmed it will not be issuing another notice to modify the EHCP duties, unless the evidence changes.

However, it stated that it will “consider whether any such flexibilities may be required locally to respond to outbreaks”.

This would include considering the need for changes on EHC needs-assessments timescales, which are in force until September 25.

This week, experts claimed support for children with special education needs has “dropped off a cliff” after the government relaxed rules around education, health and care plans.

The education committee also heard on Wednesday that schools are using “spurious reasons” to prevent pupils with special education needs from returning to school.

Philippa Stobbs, policy vice-chair at Special Educational Consortium, said the problem is the waiving of the duty has been interpreted “so variably locally”.

She told the hearing: “There is some stunning provision being made for some children and families in some areas, but the difficulty is that in other areas parents have had no contact with either their child’s school or their LA about what is going to be provided for them through that reasonable endeavours duty.

“The impact of that as families testify is absolutely devastating. The pre-existing inequalities in the system have been exacerbated because so little has been done in some places for children who are already experiencing difficulties in their education.”

She agreed it was a “postcode lottery”, with Imogen Jolley, head of public law at Simpson Millar, adding it was also a socio-economic issue.

She added: “One thing that a lot of SEN children have missed out on is the health provision that they get – the therapy provision, speech and language occupational therapy, physio, all of which has effectively dropped off a cliff in the last couple of months, and actually the impact of getting those children back into that routine and engaging is going to be significant.

“And that needs a real focus. It isn’t just necessarily getting them back in school, it’s planning that properly to make sure health is properly engaged with that.”

In the new guidance, DfE said schools should consider “any challenging behaviours or social or emotional challenges arising as a response to the lockdown and offer additional support and phased returns where needed”.

On hygiene, they say special education schools will want to consider what frequency of hand-washing is best for which pupils, students and staff and incorporate time in timetables or lesson plans.

The DfE highlights that while pupils with complex needs will struggle to maintain as good respiratory hygiene as their peers, and that it should be considered in risk assessments to support them, it is not a reason to deny them face-to-face education.

Specialists, therapists, clinicians and other support staff for pupils with SEND should provide interventions as usual, they confirmed.

But Tulip Siddiq MP, Labour’s shadow children’s minister, said: “The government needs to put far more effort into ensuring that all children with SEND can get their needs met in educational settings and at home.

“We also need to see proper support given to schools and local authorities to help them deal with problems that have developed in, or been exacerbated by, lockdown.”