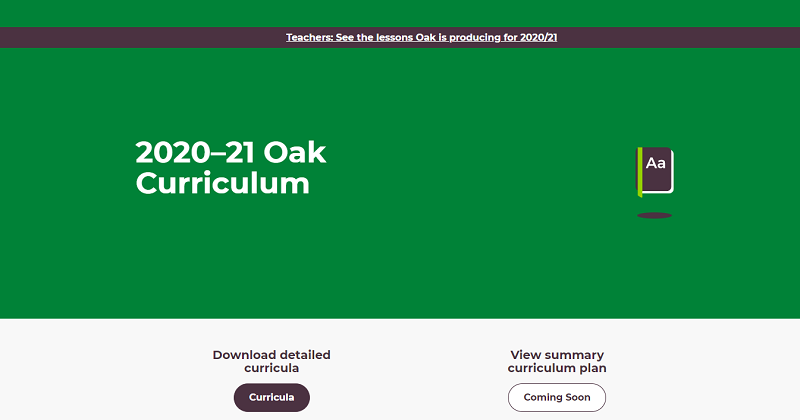 Lessons in primary art, secondary relationships, sex and health education and design and technology do not feature in the Oak National Academy’s initial lesson plans for 2020-21.

The online platform is due to publish plans for thousands of lessons today, but admitted it is still “missing some bits”, and that schools will have to wait until the new academic year for some subjects to be ready.

Schools Week revealed last month that the Oak National Academy, which quickly rose to prominence following its establishment early on in lockdown, would be funded to provide online lessons next year.

The organisation has since confirmed it will receive £4.3 million in funding from the Department for Education to provide around 10,000 lessons in 2020-21 – including “a version of the entire national curriculum available to any school”.

Oak National Academy announced today that it will be publishing its plans for lessons next year, with “the majority becoming available ahead of September”.

A team of around 300 teachers will now set to work creating and recording the lessons “in the coming weeks”.

However, in an update published on its website, Oak admitted it had “faced constraints” with its aim to produce the majority of its 10,000 lessons before the beginning of the next school year.

“There are some areas of the national curriculum we simply haven’t been able to cover and some things we still need a little more time to finalise,” it said. 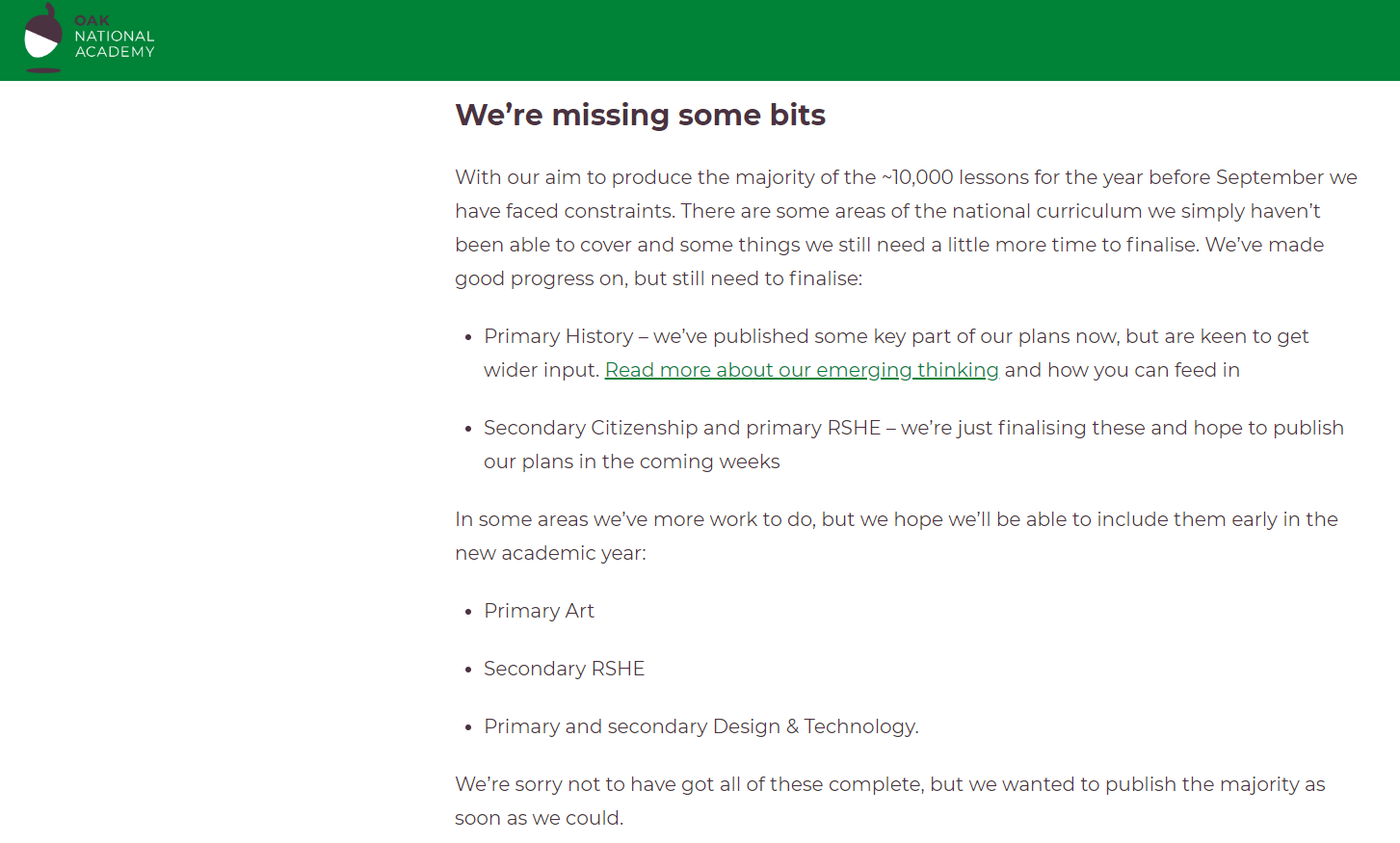 The online platform said it had made “good progress” on, but still needed to finalise lessons in primary history, secondary citizenship and primary relationships, sex and health education (RSHE).

These will be published in the “coming weeks”, the website states.

But in some areas, there is “more work to do”. These are primary art, secondary RSHE and primary and secondary design and technology.

“We’re sorry not to have got all of these complete, but we wanted to publish the majority as soon as we could,” the website states.

Matt Hood, the academy’s principal, said the organisation had “tried to create a broad, flexible curriculum that teaches the most popular topics and gives schools choice over how to order them”.

He added that he had been “blown away by their efforts to support one another and their pupils through this pandemic”, but admitted there was “still more to do”.

“We hope to add more plans, for example we’re aiming to add primary art, secondary PSHE and design and technology in the new academic year.”