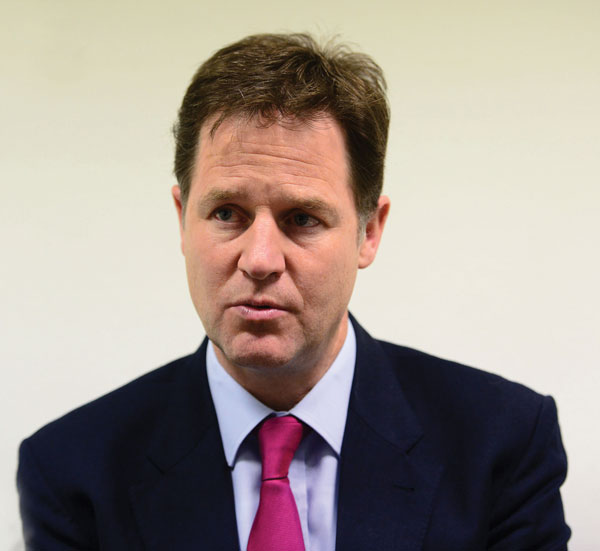 The deputy prime minister has spoken out against the creation of “new” grammar schools following two councils’ moves to open “satellite” grammar campuses.

Speaking at the Skills Show, Nick Clegg (pictured) told Schools Week he did not believe selective schools were the way forward.

His comments come after Kent County Council resubmitted plans to open an annexe to the all-girls Weald of Kent Grammar School (pictured below) in Sevenoaks, and Home Secretary Theresa May backed plans for a new grammar school annexe in her own constituency of Maidenhead, Berkshire.

Former education secretary Michael Gove turned down Kent’s original plans last December. At the time it was said that the School Standards and Framework Act 1998 prevented the opening of new selective schools.

Originally the girls’ school applied to open a “satellite” campus, located several miles from its main site, as a co-educational school. Grammar schools can expand if the second site operates under a single governing body managing structure, curriculum, staffing and budget, and if one set of admissions criteria is in place for both sites.

The school’s trust is now applying to keep the satellite site as a single-sex intake. It believes this will ensure the application is compliant with the 1998 framework.

A spokesperson for Kent County Council said it hoped building work could start by next spring, but was unable to say when it expected to hear back from the secretary of state.

Mr Clegg said: “The Conservatives have got this odd tendency to constantly want to turn the clock back.

“Some of them seem to be hankering towards a kind of selective approach to education, which I don’t think works.

“Non-selective schools stream and a lot of them stream quite forcefully, that’s all fine, but I think a segregated school system is not what this country needs.”

The Tory Kent County Council leader, Paul Carter, said: “School rolls are rising dramatically and we must be allowed to expand grammar schools in line with all other categories and types of school.

“This is good news for parents with daughters and we will continue to work in earnest to find a solution for their sons.”

In Maidenhead, the local authority wants to ease pressure on school places by allowing a satellite grammar to open by September 2018.

Mrs May said: “Grammar schools attract considerable support from Maidenhead families. If a good school wishes to expand in line with existing legislation then this must be seriously considered.”

A DfE spokesperson said: “We have received Weald of Kent’s proposal to expand in Sevenoaks and we will now give this careful consideration before making our decision.”