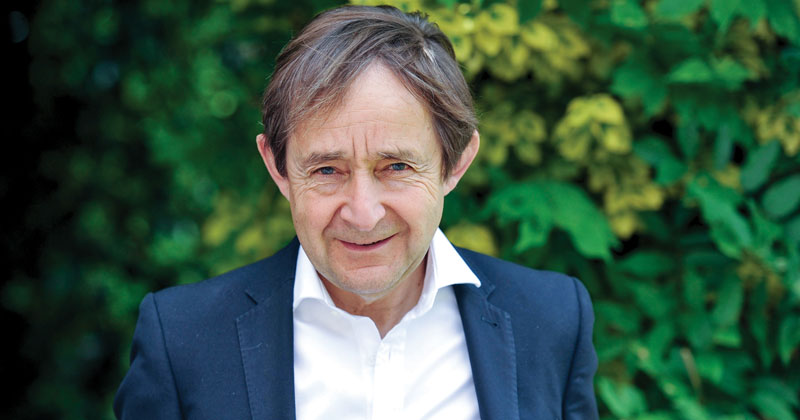 Artificial intelligence could make Ofsted inspectors redundant within the next decade, according to the founder of an institute looking into how to use technology ethically in schools.

Former headteacher Sir Anthony Seldon, now vice-chancellor the University of Buckingham, outlined his predictions for the sector as the Institute for Ethical AI in Education published its first interim report this week.

He told Schools Week newer technologies will mean data coming from schools in the future will “dwarf anything a team of human inspectors could assimilate in a few hours”.

He predicted children would have machines with a voice or face which would personalise lessons to their level, while also collecting data on how they, their departments and year groups are performing in real time.

Seldon said schools would be held to account on how education is delivered week-on-week through the data, rather than an inspection every few years, in a way that will “utterly revolutionise” the system.

We are going to be monitoring children all the time in real time, we don’t need to have inspectors coming into lessons

This could happen gradually within the next 10 years, before a fuller change by 2040, he added.

“Ofsted and its inspectors seek the best for our students. Many inspectors are experienced educators passionate about ensuring schools are operating at their very best.”

But Seldon added the “education sector as a whole is only now starting to enter the 21st century, our school accountability system is mired in 20th century thinking and practice”.

The idea of AI being used in Ofsted inspections isn’t new.

A study by the Behaviour Insights Team, which was then operating in partnership with the Cabinet Office, found data and machine learning together could predict whether a school would be given an ‘inadequate’ or ‘requires improvement’ rating.

The new Ofsted framework focuses less on data and more on curriculum. But Seldon said AI will “be able to adapt… we are going to be monitoring children all the time in real time, we don’t need to have inspectors coming into lessons, we will be able to see how the learning is taking place.

“We’ll be able to understand the behaviour without having people standing in corridors.”

Seldon is one of the founders of the Institute for Ethical AI in Education, alongside University College London professor Rose Luckin and Priya Lakhani, the founder of CENTURY, a tech firm which works with schools to use AI in a personalised way. The Ethical AI for Education aims to help learners “benefit optimally” from AI.

His regular and controversial claims about how AI could work in schools have been well-documented in recent years.

Seldon was quoted in the Times in 2018 as saying that AI would provide “an Eton education for all”. He has also said machines could replace the inspirational role of teachers, saying the machines would be “extraordinarily inspirational”.

The watchdog already uses statistical models to inspect schools deemed at most in need of improvement. In recent years, the watchdog has started to use a machine-learning algorithm as part of its assessment of which ‘outstanding’ schools need to be inspected.