Students at a Manchester secondary school have been making origami roses to commemorate the victims of last year’s terrorist attack at the MEN Arena.

Groups of pupils at Manchester Academy crafted 163 red paper roses which bore the names of the 22 people who lost their lives. 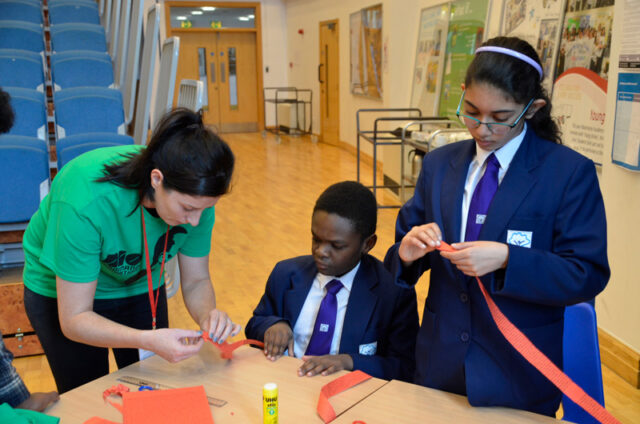 The creations were given out to members of the public on May 22 during a vigil marking the one-year anniversary of the attack.

The school teamed up with the Rio Ferdinand Foundation, which helped to fund and organise the project, the brainchild of former student Mohamed Maxamed (pictured above), through its youth leaders programme.

“All the students who took part worked very hard – I’m very proud of all of them. They made a total of 163 roses, which is well over the 100 we were expecting, so that was a brilliant effort,” said Aysha Knanom, the school’s RE coordinator.

“We were very proud to see Max return to his old school to lead his project and become a role model to the younger students,” added Nikki Carlin, a programme coordinator at the Rio Ferdinand Foundation