Ministers are under pressure to reinstate a shortlived rule that forced schools to collect data on the language proficiency of pupils whose first language is not English.

EAL professionals say the collection, which required schools to rate pupils’ proficiency in English from “new to English” to “fluent” using alphabetical codes, gave schools an incentive to hold important data about their own pupils’ development.

The collection was unceremoniously shelved last week along with far more controversial requirements to collect data on pupils’ nationality and country of birth. It means schools no longer have to send language proficiency data to the DfE three times a year, although this does not stop them keeping their own records.

It should never have been a box-ticking exercise, but it’s going to be much more difficult to bring schools on-board that didn’t do it before

The Department for Education said the two years’ worth of data collected since the rule was enacted in the summer of 2016 is “sufficient” enough to inform its own internal research, but EAL professionals say scrapping the collection could have lasting and damaging consequences.

Peta Ullman, chair of NALDIC, the national subject association for English as an additional language, said the move was a “retrograde step”.

The ability of professionals to provide a high quality inclusive education for all pupils “requires accurate EAL proficiency data for planning and teaching purposes”, she warned.

“Data about the performance and progress of pupils with special educational needs is collected to meet the requirements of the Equality Act. Pupils with English as an additional language deserve the same attention and focus in accordance with equalities legislation.

“We strongly advise that the Department reviews its recent decision for the withdrawal of the requirement for schools to collect data annually on proficiency in English.”

Diane Leedham, an EAL specialist, is concerned that some schools only saw the collection as a box-ticking exercise, rather than an opportunity to collect valuable data on their pupils. 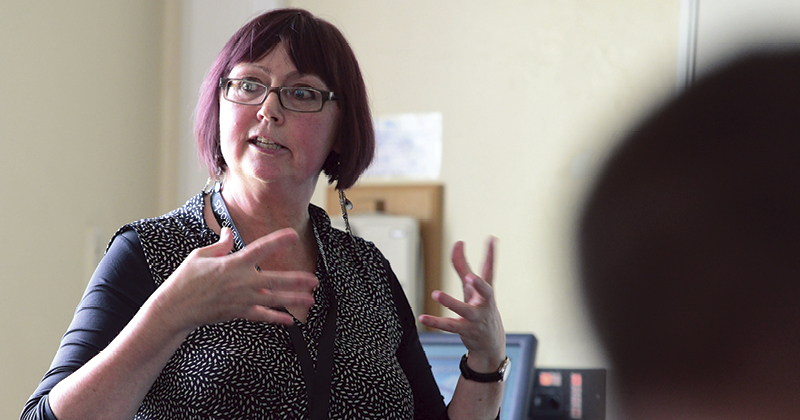 “I think it’s important for there to be a united front on the fact that nobody should have been doing this just because the DfE wanted a letter. It should never have been a box-ticking exercise, but it’s going to be much more difficult to bring schools on-board that didn’t do it before, that’s the real risk.”

While some schools are “very good” at collecting and holding important data on their pupils, others may only have started as a result of the government-mandated collection, which she said also offered an opportunity to raise the status of EAL in schools and give “a kind of CPD for people who might not do it anywhere else”.

“I think there was lots of space to use it as leverage on schools to pay attention to proficiency,” she added.

In guidance issued in January, the DfE said data on English proficiency of EAL pupils is “used to inform policy on this high needs group” and that the rationale for collecting it was that current EAL data “does not distinguish between pupils who lack a basic command of the English language versus those who are bilingual and have mastered English sufficiently to access the curriculum”.

“This information will help the department understand how effective the education sector is for EAL pupils,” the guidance said.

However, although the school census will continue to require schools to identify EAL pupils, the DfE insisted it doesn’t need any more proficiency data.

“The school census will continue to require schools to identify pupils who have English as an Additional Language and this data will be used to calculate funding for those schools to support those pupils,” a spokesperson said.

“We were clear from the outset that this data was being collected for internal research to help ensure every child receives the best possible education – and two years of data is sufficient to inform this work.”