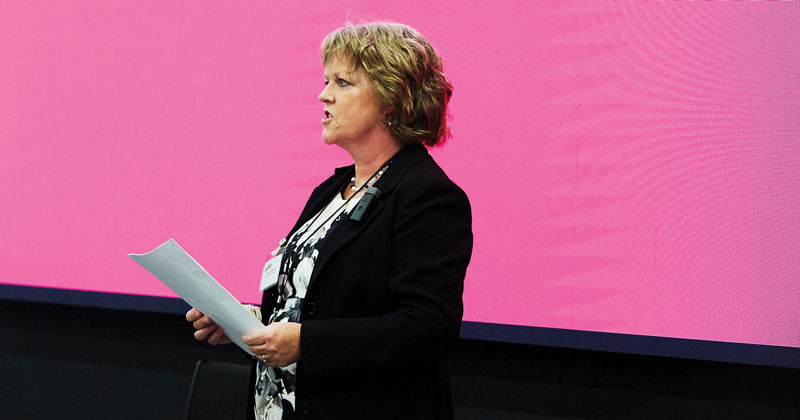 The government has removed recruitment controls on school-based and university-based initial teacher training (ITT) providers for 2018-19.

Limits on the number of trainees will remain only for secondary school PE and some primary school courses – the first total lifting of controls for decades.

But the move will hit rural areas already struggling to attract graduates, as popular urban courses will be permitted to recruit as many as they want, warned Professor Samantha Twiselton (pictured), the director of the Sheffield Institute of Education.

Recruitment controls on popular training centres had previously given smaller rural centres the “security blanket” of knowing applicants would be redistributed.

But it’s “increasingly obvious” that not enough graduates are applying to teacher training courses, said Twiselton, leading the government simply to scrap all allocations.

“I think you will end up with skewed numbers across areas”, she said, pointing particularly to regions where urban providers might grow and take on more students. “In those areas especially, it will get worse for remote, rural providers.”

The removal of controls will very negatively impact on smaller, less-established SCITTS

Smaller SCITTS would also be at a disadvantage under the new system, because they would be competing for applicants against universities with bigger marketing budgets and reputations, she claimed.

“You can’t expect a small SCITT to have anywhere near the same resource, so the removal of controls will very negatively impact on smaller, less-established SCITTS.”

But James Noble-Rogers, the executive director of the Universities Council for the Education of Teachers, which had been pressing for the controls to be removed, said he thought it was “unlikely” that certain providers would “hoover up” more than their fair share of candidates – but conceded the sector must “keep an eye out”.

He said that allocations designed to ensure “proper geographical spread” had not worked in recent years, and that good applicants were turned away in some areas for popular courses.

In 2016, the government imposed caps too early in the year, leading to a seven-per-cent drop in trainees starting courses, as many lost interest by the time they began training.

Following this debacle, the NCTL made the unprecedented decision to allow teacher training providers to recruit an extra 25 per cent of trainees on top of their original allocated amount, claiming this was to “maximise recruitment” in areas that were struggling.

This year, caps were lifted on subjects in which recruitment was low, but they remained in place for others.

Caps should just have been scrapped “a couple of years ago”, according to Noble-Rogers, but weren’t due to the government’s “ideological” push for graduates to choose school-based teacher training.

In its Educational Excellence Everywhere white paper, the government said it “encouraged the shift towards a school-led ITT system, with schools taking greater responsibility”.

“Michael Gove used allocations as a policy tool for the school-led agenda,” said Noble-Rogers. “If they had scrapped the caps sooner, we would have a better situation in terms of teacher recruitment than we do now.”

Governments were also reluctant to lift controls for fear of wasting public money by training too many teachers. Providers had been reluctant to over-train because Ofsted would be critical if they did, he added.