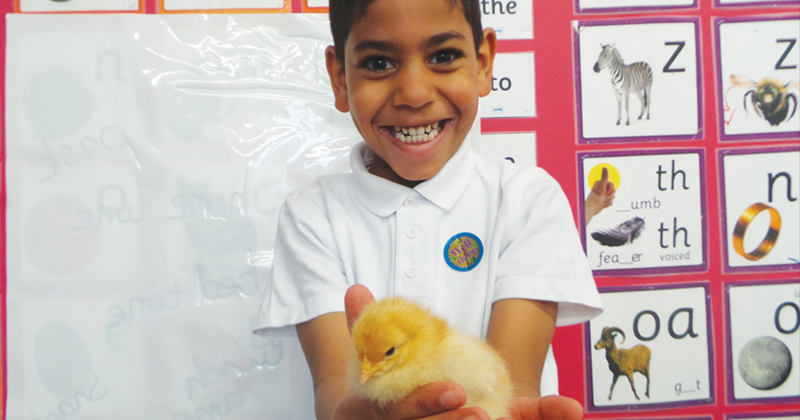 A primary school in Essex has brought practical science lessons to life, literally, as pupils watched in their classroom as a batch of chicks hatched.

Teaming up with Wellgate community farm in Romford, Rob Hanmore and his reception class at Oasis academy Pinewood cared for the eggs in an incubator as part of a series of lessons on lifecycles.

The rest of the academy and other local primaries kept up to date with the developments via a live webcam.

Teresa Buttress, Oasis academy Pinewood principal, says: “It is great to see how much the children have enjoyed watching the hatchings, and how much they’ve learnt not only about lifecycles, but also about caring for the animals.”

The chicks are now at the Wellgate farm.

“The children were sad to see them go,” Buttress says, “but with the success of this project I hope we will be welcoming more guests from the farm next year.”