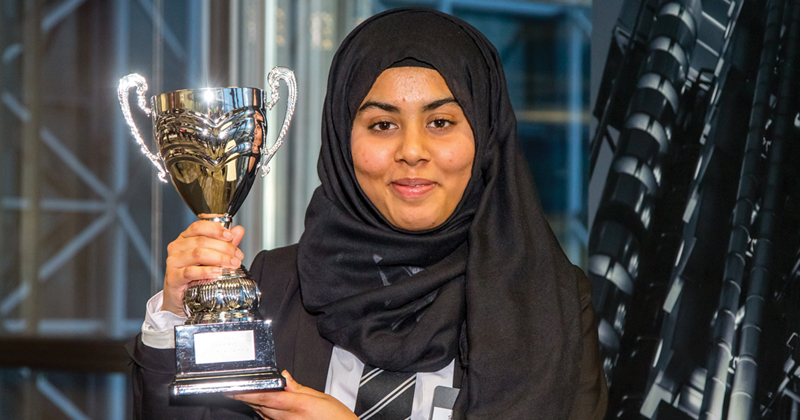 The 15-year-old from Swanlea school competed against more than 200 year 10 students from across the east London borough.

The competition, now in its 21st year, asked students to speak about one of three questions: should Britain leave the EU? Is technology making us less sociable? Can you put a price on combating climate change?

Sadia (pictured) triumphed with a “very convincing and heartfelt” speech that highlighted the detrimental impact
of spending large amounts of time on mobile devices.

Summing up her argument, she said: “Not until we put down our phones and look into each other’s eyes will we ever be able to touch each other’s hearts.”

The Ralph Charan Prize – awarded to the student who shows the most progress between initial workshops and the final – went to Crystal Raybe of Raine’s foundation school.

The competition was run by Tower Hamlets Education Business Partnership with Lloyd’s Community Programme. The final was held at Lloyd’s headquarters.