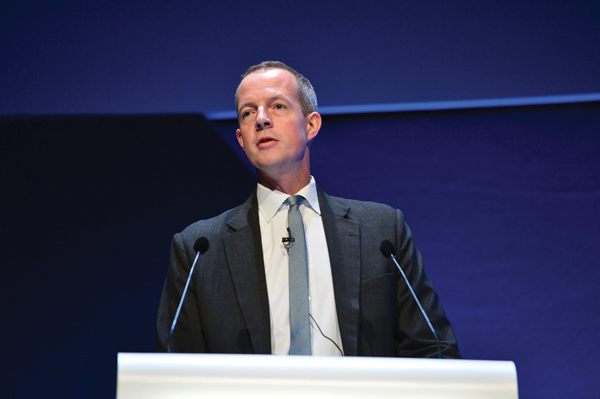 A group of schools planning an “entirely vocational pathway” to qualified teacher status (QTS) has sought the backing of government for its new apprenticeship.

The proposal coincides with the government announcing new legislation requiring public bodies with more than 250 employees to recruit a minimum six apprentices per year – including schools.

If agreed, the apprentice teaching assistants (TAs) would start at a level three qualification equivalent to A-levels, and if extended then continue training up to level six, equivalent to a bachelor’s degree, and achieve QTS without having to go to university.

The scheme is the brainchild of 11 schools in Buckinghamshire and the West Midlands, which have submitted plans to the Department for Business, Innovation and Skills under its new trailblazer programme aimed at developing employer-led training.

The application comes at a critical time for both teacher recruitment and apprenticeship creation, with education ministers under pressure to boost the number of trainees entering the profession and meet a pledge made by the prime minister during the general election campaign to generate three million apprenticeship starts over the course of this parliament.

Several of the schools involved in planning the new apprenticeship told Schools Week of the need for a vocational route to attract those who would not normally consider a university route into the profession, and to allow talented TAs to progress without having to pursue full-time education.

Jenny Brinkworth, office manager at Buckinghamshire’s Hughenden Primary School, wrote the bid sent to government, and explained that her school had already benefited from employing apprentice business managers and TAs.

She told Schools Week apprenticeships allowed those who did not feel confident about going to university and wanted a more “hands-on approach” to enter careers in education.

She said extending the scheme beyond level three was something the school was very excited about, adding: “I can’t believe people say they don’t advocate the apprenticeship route, because to me it’s the best thing ever.”

The proposals are also backed by Great Kimble Church of England Primary School.

Gillian Harrington, the school’s headteacher said she was keen to be involved in development of a vocational pathway to QTS, to “see if this is a possible way of bringing people into the profession who otherwise might not have thought of entering it”.

Earlier this week, skills minister Nick Boles announced new plans that will require all public authorities with more than 250 employees to recruit 2.3 per cent of their staff as apprentices each year.

Schools were included in an official list of organisations expected to fall under the rule, with maintained schools and those in large academy trusts most likely to be affected.

The apprentices can work in any part of an organisation and there is no planned requirement for schools to offer classroom-based roles.

The Department for Education also said the government was not planning any changes to initial teacher training criteria, which stipulate all entrants to teacher programmes must hold an undergraduate degree or equivalent.

But Jayne Bullock from Collaborative Schools Ltd, a federation linked to the Mead Teaching School in Trowbridge, said the aspiration to “provide a full vocational pathway towards QTS” was something her organisation was keen to explore.

He said an entirely vocational pathway from level two to QTS would be attractive to some of the 243,700 full-time TAs in schools, adding that the pathway would provide an “additional talent pool” for schools.

The proposal has been cautiously welcomed by Malcolm Trobe, deputy general secretary of the Association of School and College leaders, who said the route from TA into teaching was one that “many people have already travelled”, adding: “This may well be an appropriate way of doing that for many people.”

Mr Trobe added: “In the past, people have had to go off and do part-time degrees in order to make that transition, and I think it will certainly be interesting to look at this idea.”