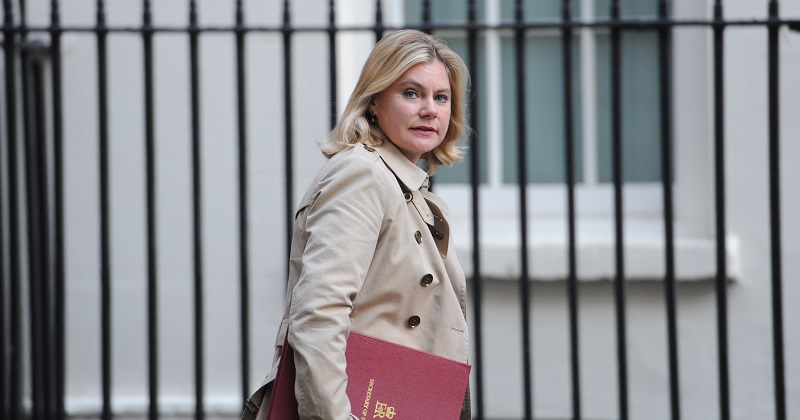 The government will extend its ‘opportunity areas’ programme to fund schools and councils in six more places – claiming it will help “define a new role” for Britain as it leaves the European Union.

Ministers will widen the scheme to include Bradford, Doncaster, Fenland and East Cambridgeshire, Hastings, Ipswich, and Stoke-on-Trent.

Schools and councils in those areas will receive a share of £72 million of funding to build teaching and leadership capacity and improve access to careers advice.

With our departure from the European Union, we will need to define an ambitious new role for ourselves in the world

Today, the education secretary will extend the scheme, creating 12 ‘opportunity areas’ overall, in areas which are ranked as ‘cold spots’ in the government’s social mobility index.

Each location will also receive funding for a new research school, Greening will announce in a speech at professional services firm PricewaterhouseCoopers, her former employer.

The schools will “lead the development and dissemination of evidence-led practice” and will be established using £1.5m of government funding and £2m from the Education Endowment Foundation – which is approximately £291,000 per research school.

She will speak about the “moment of great change” faced by the nation, and the need for the UK to “define an ambitious new role for ourselves in the world”.

She is expected to add that “education is at the heart” of an ambition by the government to break down “barriers to social mobility” and that she wants to “see more disadvantaged young people attending the very best universities, winning places on apprenticeships, entering the top professions, and progressing through the most rewarding careers.”

But is the funding making up for squeezed budgets? Although the additional funding has been welcomed by organisations including Teach First and the Association of Directors of Children’s Services, teaching unions are likely to use the funding to point again to the continued squeeze on school budgets.

Schools in all six of the areas selected for the extension of the programme face significant cuts over the next few years, according to the School Cuts website run by a collaboration of teaching unions.

Bradford schools will lose £38 million by 2019, equivalent to £489 per pupil, according to the website’s calculator, which takes into account the new national funding fromula, inflation and cuts to the education services grant.