The cost of GCSEs and A-levels has soared by 17 per cent across the past three years, Ofqual’s first ever exams price guide has revealed.

Unions have blamed the rise on the government’s reformed qualifications, stating its “another unwanted burden on budgets”.

The finding is from the exam regulator’s new qualifications price index (QPI), published today, which for the first time reveals the movement in costs of regulated qualifications in England.

Duncan Baldwin, deputy director of policy at the Association of School and College Leaders (ASCL), said: “It represents yet another additional burden on school and college budgets at a time when their finances are already under strain because of government underfunding.

“The rising cost of these qualifications appears to be at least partly driven by exam reforms and is therefore another unfortunate consequence of the government’s poorly thought-out overhaul of the exam system.”

Schools Week revealed in June that the exams regulator was planning to release a price index, measuring changes over time in the published price of a representative sample of qualifications.

Concerns were raised at the time that the index would lead to commodification of the exams market and “put a real cost on the exams system”.

But the exams regulator has said it is making the data available to be more transparent and to help ensure qualification are “provided efficiently to users and represent value for money”.

The QPI tracks price movements annually and compares how much GCSEs and A-levels have risen year-on-year – similar to how the Consumer Price Index tracks the price of consumer products. 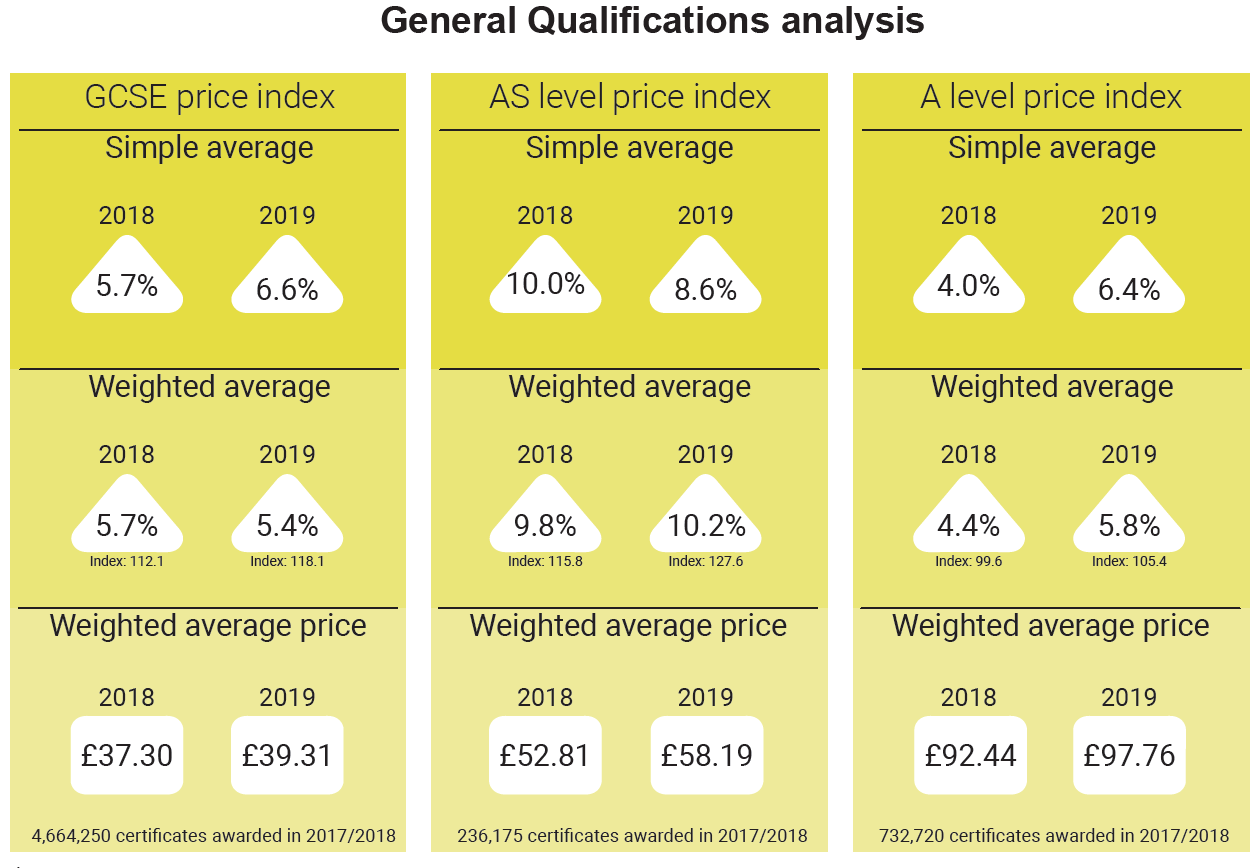 Schools Week has asked Ofqual whether the spike in qualification prices is linked to the exam reforms.

It may highlight where market pressure points are, where consumer interest is waning, or where a new market is emerging with insufficient capacity

Ofqual said the information is being released to “help everyone in the qualifications system, including schools, colleges and awarding organisations, to make informed decisions about qualifications”.

However it doesn’t break down costs by exam board.

The regulator added: “It may highlight, for example, where market pressure points are, where consumer interest is waning, or where a new market is emerging with insufficient capacity.”

Ofqual said that the report follows a pilot version earlier this year and that the intention is to collect and publish this data on an annual basis. The document includes figures for academic and vocational qualifications and shows how qualification prices across different sectors has changed.

The regulator assessed the costs of GCSE and A-level examinations with 3,000 or more certificates in England in the year.

The 2019 prices are for those qualifications applicable to the 2018-19 academic year, which covers November 2018 re-takes and the main summer 2019 examinations. 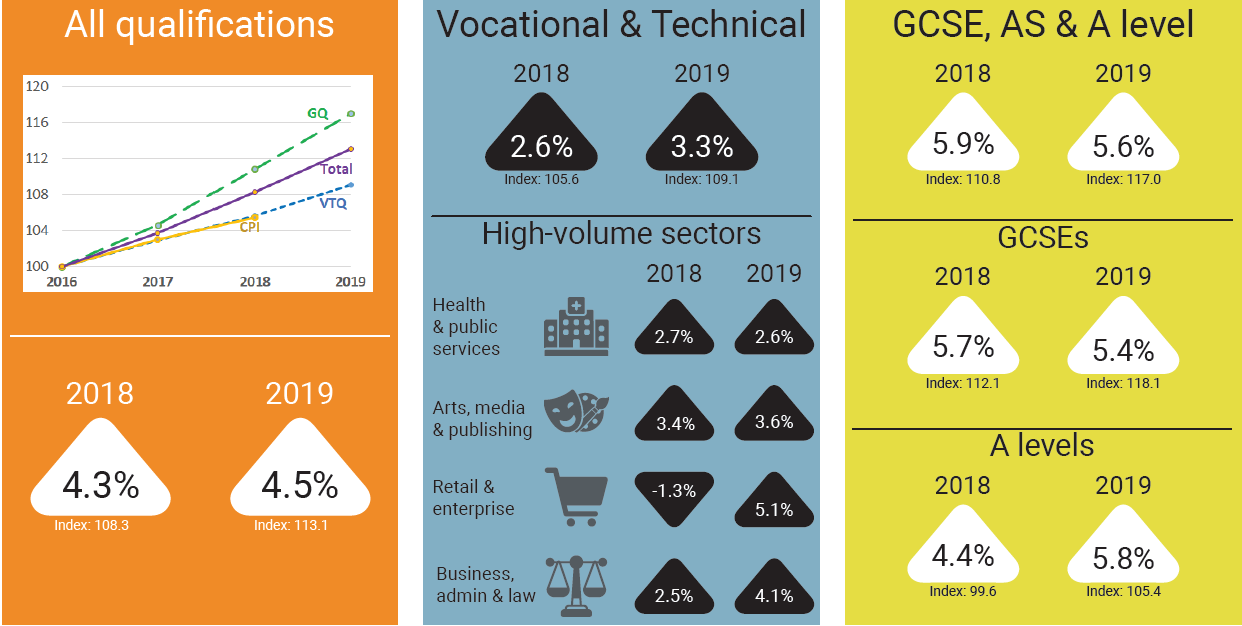