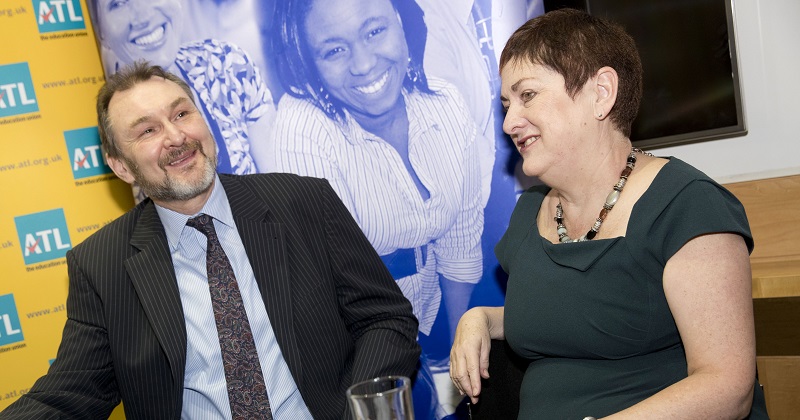 Teachers have reported cuts to spending on books, ICT, SEND provision, and non-EBacc subjects in their schools, in a week where funding will dominate the agenda at several education union conferences.

The Association of Teachers and Lecturers and National Union of Teachers, both holding their annual meetings this week, have today published the findings of a joint survey into the impact of funding cuts in schools.

Of almost 1,200 teachers who responded, 76 per cent said their school’s budget had been cut this year, while 93 per cent are pessimistic about funding in the coming years.

I have never seen my headteacher so stressed about funding

Half of all respondents said their schools have bigger class sizes this year, rising to 70 per cent when just secondary teachers’ responses are counted. It follows a similar survey by the Association of School and College Leaders that found some schools were teaching pupils in classes of 40 or more.

A total of 73 per cent of respondents of the joint ATL and NUT survey said their school had cut spending on books and equipment, while 46 per cent reported cuts to ICT.

Teachers also report that spending cuts are affecting SEND provision, with 41 per cent saying their institution had cut provision – 38 per cent at primary and 44 per cent at secondary.

Of around 600 secondary teachers who responded to the survey, 60 per cent said their school had cut the range of non-EBacc subjects, while 64 per cent reported having fewer vocational options available to pupils.

Almost half (49 per cent) of teachers said their school had asked parents for financial contributions towards things like textbooks and art materials, with one in six reporting that parents were asked to help directly fund the school. 44 per cent said their school had rented out buildings to raise cash.

The unions have also published some of the anecdotal evidence given by teachers in their responses to the survey.

One primary school teacher from Somerset reported they had “never seen my headteacher so stressed about funding”, while a teacher in a Sefton primary said the school day had been shortened to save on staffing costs.

“As well as a lack of SEN support, there are fewer statements. Children who would have previously had extra support are going without,” a primary school teacher in Cumbria warned, while a Worcestershire secondary teacher said their school couldn’t buy textbooks for new GCSE and A level courses.

The results have prompted further warnings from union leaders Mary Bousted and Kevin Courtney, whose organisations are campaigning together on funding issues in the run-up to their amalgamation as the National Education Union this September.

The ATL’s conference begins in Liverpool today, with at least six motions on funding due to be discussed.

Bousted, its general secretary, said the government needed to “sit up and listen”, warning that schools which were already “struggling to make ends meet”.

“Unless the government finds more money for schools and fast, today’s school children will have severely limited choices at school and children from poorer families will be even further disadvantaged because their parents may struggle to provide the resources schools can no longer afford.”

The NUT’s event will see thousands of teachers gather in Cardiff on Good Friday for five days of debates and policymaking. Several motions will cover funding, and general secretary Courtney has spoken of the need to recruit and mobilise parents in the fight against further cuts.

“When the government’s real terms cuts take effect schools will simply be running on empty.

“Parents cannot sit back and watch their children’s education harmed by this bargain basement approach to schooling. The government must listen to the parents, MPs, head teachers, education unions and school governors who have been lobbying to say that enough is enough.”

It follows the launch by the organisations of their popular School Cuts website, which allows users to calculate how much their schools and areas will lose in funding in the coming years.

A government spokesperson said: “We recognise that schools are facing cost pressures, which is why we will continue to provide support to help them use their funding in cost effective ways and make efficiencies.

“This includes improving the way they buy goods and services and our recently published school buying strategy is designed to help schools save over £1 billion a year by 2019-20 on non-staff spend.”