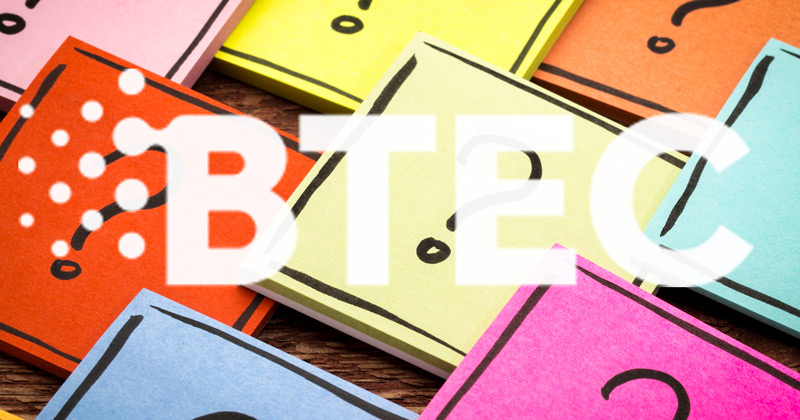 A popular BTEC course sat by thousands of pupils every year is yet to have its new content approved for teaching from this September, leaving schools in turmoil across England.

The Department for Education has still not said whether the new Pearson BTEC level one/two first award in business will count in school performance tables in 2020, and may not confirm its validity for over a month.

The delay, thought to stem from a disagreement between the exam board and the DfE over content, affects current year nine pupils who are due to start key stage four later this year. Last year, over 27,000 pupils took the course.

The list of qualifications that count towards schools’ performance in league tables is updated at various points throughout the year as different courses are signed off.

In line with previous years, schools had expected to hear about the BTEC business qualification when the list was updated in March, but may now have to wait until the final list is published at the end of July.

Logic Studio School in Feltham, west London, is one of the schools due to start teaching the new qualification in September. But leaders are in limbo, and face the prospect of a last-minute decision if the course isn’t signed off.

“It’s huge, because we still don’t know if we will be running this course or not in September,” Jay Lockwood, the school’s principal, told Schools Week.

“We’ve just done timetables, so we’ve timetabled in business, but we don’t know which course we’re running yet.”
Lockwood estimates the delay has placed an extra burden on between five and six members of staff.

“The DfE talks so much about staff workload and how it can be addressed, but it’s things like this that causes staff the most stress, that less than four weeks before we break up, we still don’t know what we’re delivering in September,” he said.

“It’s always last-minute, without enough thought, and asking us to make decisions on the hop.”

Pearson, meanwhile, still “anticipates” that the qualification will be available for teaching from September, and is “putting support in place” to help schools prepare.

“We have made changes to some of our level two qualifications to bring them into line with the government’s revised guidance for this qualification suite,” a spokesperson said. “The outcome will continue to underpin the high calibre and quality of the BTEC qualification as a key route into higher education and the workforce.

“We anticipate that these qualifications will be available for teaching in September 2018. In the meantime we are putting support in place to prepare both schools and learners for the September window.

“This includes updating our free teaching and learning support ensuring it is available ahead of first teaching in September, and we will be running online events as soon as the qualifications have been approved. We are also ensuring we have subject specialists on hand to answer questions and explain any changes.”

A spokesperson for the Department for Education said the final list of qualifications would be published in the summer, “in line with previous years”. This means all the qualifications on offer are “up to date”, she added.