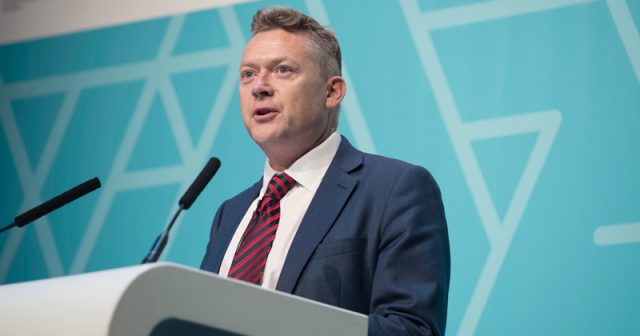 A top civil servant has warned that the government “will be disappointing more people than we please” during the early years of its new school rebuilding programme.

Rory Kennedy, the DfE’s director of capital, told a Westminster Education Forum webinar this morning that his experience working on Labour’s flagship “building schools for the future” project had taught him that there will “inevitably” be disappointment from those not prioritised.

Unfortunately, delighted as we are with the settlement, inevitably we will be disappointing more people than we please in the first few years

The government announced in June that it is to embark on a 10-year school rebuilding programme, with £1 billion set aside for the first 50 projects and more cash expected to be allocated in this autumn’s spending review.

At the time, education secretary Gavin Williamson said the programme “will give our students and teachers the environment they deserve, and support them to maximise their potential”.

Details at the time of the announcement were sparse, but Kennedy today confirmed that the government will use school condition survey data to “make sure we reach the worst buildings in the country first”, and that it will focus on “structural elements and not fixtures and fittings”.

He also said the department would need to be “transparent” in its selection of priority projects so it’s “clear how we’re doing it and it’s fair” – as there will be no bidding process.

“Having worked on building schools for the future, the last major school rebuilding programme, I’m warning colleagues who don’t have that long history in school building programmes that unfortunately, delighted as we are with the settlement, inevitably we will be disappointing more people than we please in the first few years as we prioritise, and those decision points are always going to be difficult,” he told delegates.

The government’s current school rebuilding scheme, which is called the priority school building programme (PSBP) was launched in 2014 and was supposed to be completed in 2021. But in 2018, it was revealed that the second phase of the programme was to overrun until December 2022.

Speaking this morning, Kennedy said he welcomed the long-term nature of the new rebuilding programme, which would allow the DfE to “completely change how we procure”.

He said the 10-year programme “should give us a lot more leverage, a lot more purchasing power”, and said the DfE would be looking to “use that to best effect, not simply to drive value, but also to really promote modern methods of construction”.

The civil servant also revealed there would be no bidding process for the programme, with schools instead selected based on condition survey data, verified by “responsible bodies” such as councils.

“Bidding rounds have all sorts of unintended consequences that I think we’re all aware of in terms of how do you avoid rewarding the best-written bid versus the best evidence of need,” Kennedy said. However, he accepted that “there will be things that colleagues know about their estates that our condition data collection doesn’t tell us”.

“So what we hope to do is to say to responsible bodies ‘this is broadly where your condition ranks in terms of the national estate’.

“So we definitely want to give responsible bodies the chance and the opportunity to challenge our assessments. What we’re not doing is opening the doors to everyone and say ‘apply now’ because that wouldn’t be a good use of people’s energy, time or money.”

The National Audit Office said in 2017 that it would cost £6.7 billion to bring all existing school buildings up to “satisfactory” condition.