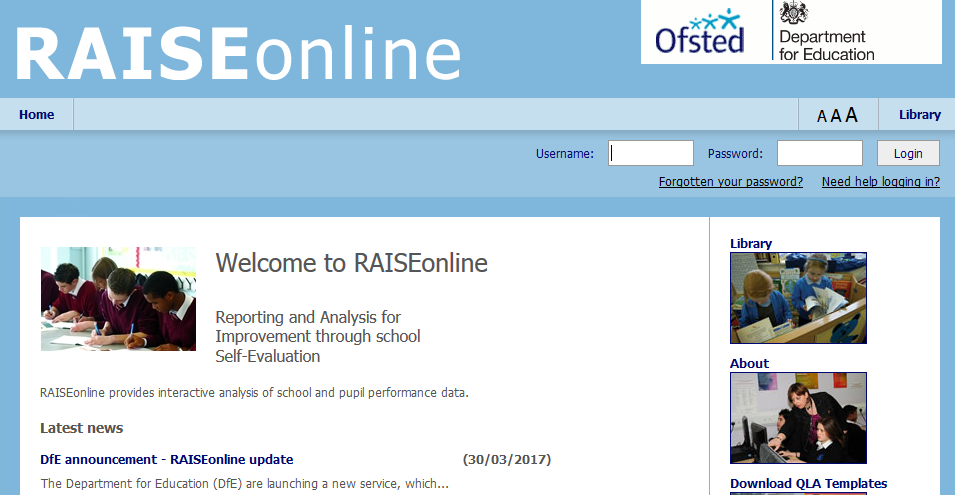 The Department for Education will scrap its RAISEonline programme used by schools to compare performance data in favour of a new, as yet unnamed, system later this year.

Schools were informed of the change this morning in an email that also said the RAISEonline helpdesk will close today.

The email stated the new service should be ready by early May, before RAISEonline shuts on July 31.

Schools have been told this will give them enough time to “familiarise themselves with the new service and provide feedback” by completing surveys.

RAISEonline allows schools to analyse performance data for self-evaluation, or to consider their scores in a national context, or compare against other schools.

The DfE has said the new service will continue to provide schools with detailed performance analysis to support school improvement.

Ofsted inspectors will continue using the available data to prepare for inspections until 2017 datasets are released in the autumn term, the email stated.

The name of the new service has not yet been decided. It will be available through the Department for Education’s “Secure Access” – a single sign on for a number of services.

Schools, local authorities and trusts normally have a staff member designated as a “secure access approver” who can log on to the service.

Today’s news follows a busy week of changes for schools. Justine Greening announced GCSE grade changes on Tuesday – a grade 4 will now be considered a “standard pass”, while grade 5 will be called a “strong pass”.

Any RAISEonline queries should now be sent to EDD.Helpdesk@education.gov.uk