The data covers 85 trusts with three or more schools that have been with them for at least three years.

1. Tauheedul, Dixons and the Diocese of London lead on Progress 8

The Tauheedul Education Trust, now known as Star Academies, is the highest, with a score of 1.42, followed by the Dixons Academy Trust on 0.83 and the Diocese of London on 0.67.

A further 23 trusts have “above average” scores, including the Harris Federation, the Cam Academy Trust and the Diocese of Westminster.

Six academy trusts had progress 8 scores that were well below average in 2018.

The University of Chester Academies Trust, which is currently in the process of being wound up, had a score of -0.83, followed by the Fylde Coast Teaching School Ltd on -0.78 and Midland Academies Trust on -0.70.

Today’s data shows that the national progress 8 score for multi-academy trusts was -0.04 in 2018, compared with 0.01 in all state-funded mainstream schools. 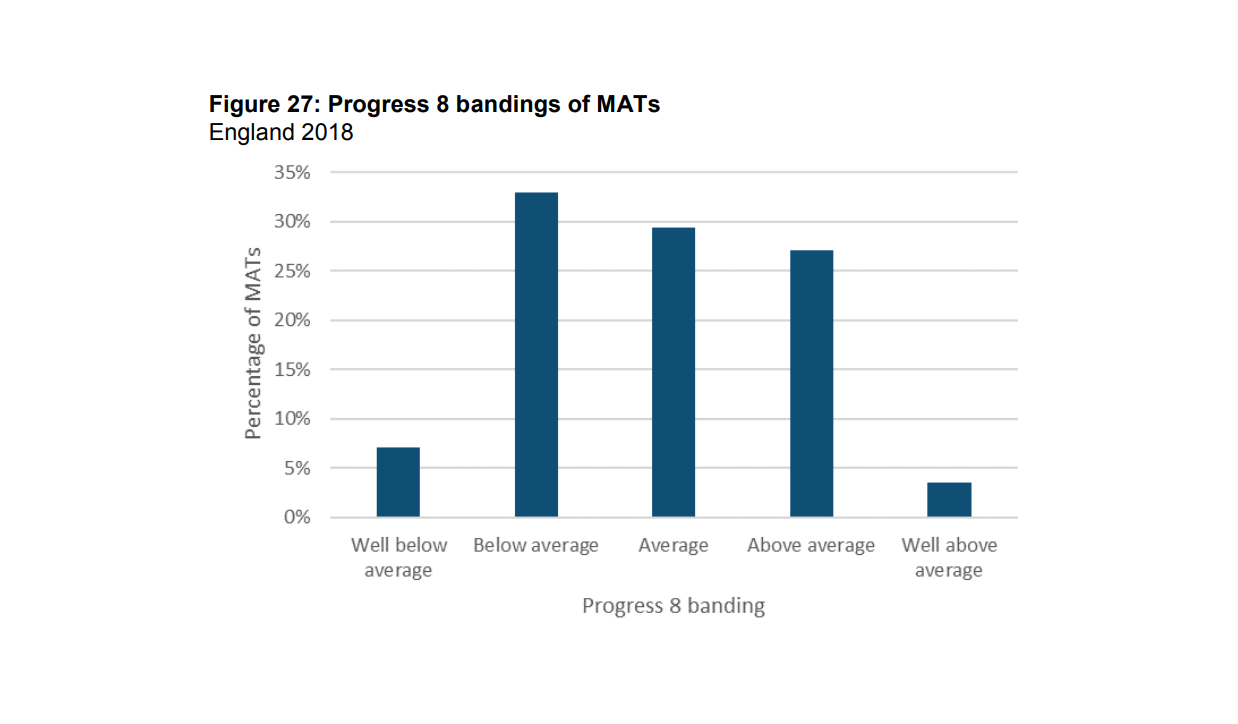 4. …and they fall behind on the EBacc too

They also score lower in terms of the government’s new average point score for the EBacc, which in 2018 was 3.78 among MATs, compared with 4.12 for all state-funded schools.

Around two thirds of MATs had an EBacc point score lower than the national average.