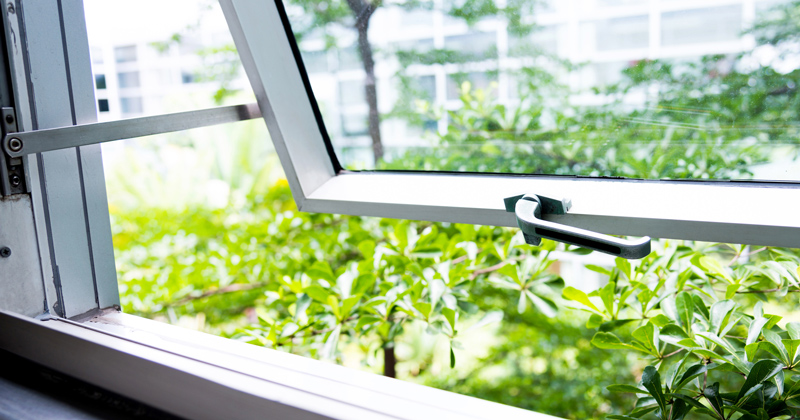 A Surrey school plans to keep its windows open during exams after a physics teacher showed carbon dioxide levels rocketed in classrooms without any airflow.

Alby Reid of Reigate Grammar said he would “never close the window” in his classroom again after he tested CO2 levels during a double lesson.

Research by Harvard University in 2016 found “statistically significant declines” in cognitive function scores when CO2 concentrations were increased to 950 ppm, which is “common in indoor spaces “.

The study found even larger declines when CO2 was raised to 1,400 ppm.

Reid has spoken to Reigate Grammar’s exams officer who has pledged to ensure windows are kept open.

“It’s particularly relevant now there are exams going on with a great many children all stuck in a room, doing something which is meant to be cognitively taxing,” he told Schools Week.

“But if the windows and doors are closed, they may not be performing as well as they could. They might be fatigued or cognitively impaired.”

The study was “designed to reflect indoor office environments” and called for similar research “in other indoor environments, such as homes, schools, and airplanes, where decrements in cognitive function and decision-making could have significant impacts on productivity, learning and safety”.

Reid, who tweeted a graph of his results after running the experiment twice, said he would like to run further tests under different circumstances.

“It would be interesting to see how long it takes for the room to go back to normal, or if it makes a difference what age group you’ve got in there, what sort of work they’re doing.”

Reid’s graph shows CO2 levels gently falling to about 400ppm while the window was open in his classroom, until he shuts it and levels rise steeply to more than 2,000ppm.

The CO2 sensors were at head height at the far end of the teacher’s bench, but away from where he was standing, he said.

According to guidance updated last year, the Department for Education has “performance standards” for teaching and learning spaces so they meet workplace regulations on ventilation.

In classrooms with natural ventilation, that equates to a daily average CO2 concentration of less than 1,500 ppm during the occupied period.

The maximum concentration should not exceed 2,000 ppm for more than 20 consecutive minutes each day, the guidance says, although higher levels of CO2 are “acceptable” if Bunsen burners, cookers or other gas-fired appliances are used.

Products are available to monitor the classroom environment. For instance Learnometer sells a “research tool” resembling a small box that it claims “automatically samples your classroom environment” and then “makes suggestions through a unique algorithm as to what might be changed to allow students to learn and perform at their best”.

It says its “pilot work” suggests a “correlation between absence and illness levels, and high classroom C02 levels” for pupils and staff – adding it is “dismayed by the damaging levels we have observed in examination and test rooms”.

A 2014 study published in the Journal of School Health, put together by the American School Health Association, found that inadequate classroom ventilation “may be associated with reduced school attendance”.

The study, which measured CO2 levels over a three to five-day period in 60 naturally ventilated classrooms in Scotland, found an increase of 100 ppm CO2 was associated with a reduced annual attendance of 0.2 per cent, roughly the equivalent of half a day.

The report concluded: “A relationship between inadequate classroom ventilation and adverse health outcomes in children may be present and this needs to be explored.”