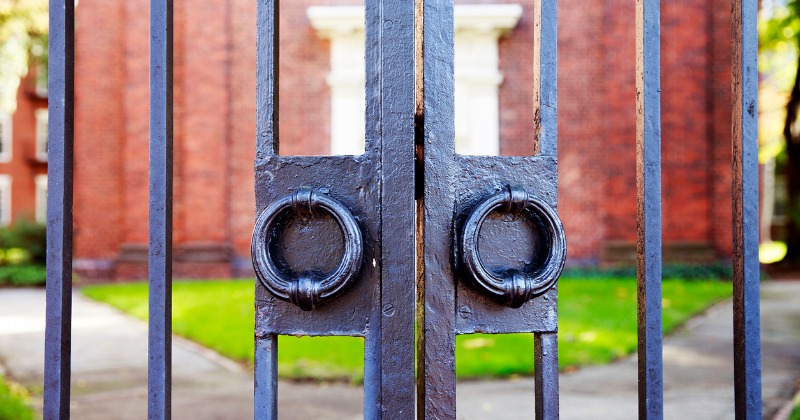 Schools could be closed across the UK in order to slow the spread of Coronavirus, according to a government action plan published today.

The UK, Scottish, Welsh and Northern Ireland governments have published a joint Coronavirus action plan, which provides a guide to what people can expect as the country deals with the virus.

According to the plan, if the disease becomes “established” in the UK, governments “will need to consider further measures to reduce the rate and extent of its spread”.

Action that would be considered “could include population distancing strategies such as school closures, encouraging greater home working, reducing the number of large scale gatherings” to slow the spread of the disease, the plan said.

“The UK governments’ education departments’ planning assumptions include the possibility of having to close educational settings in order to reduce the spread of infection.”

It comes as the chief medical officer Chris Whitty revealed that scientists are currently analysing whether the impact of school closures on the spread of the disease would “justify the considerable burden” it would place on parents.

He said there was “no evidence at the moment that children are particularly badly affected by this virus”.

“Currently the evidence, from China at least, would imply that children have much less of this disease. That’s either because they’re getting it less often, or that they are getting it but it is much milder.

“So the first reason to close schools, which is ‘this is particularly dangerous for children’, which some infections are, would not be a sensible reason in this case. The second reason is that in some epidemics, it is useful to actually close schools as a way of damping down the epidemic significantly.

“And one of the things that [chief scientific adviser Sir Patrick Vallance], with the scientific advisory group and experts, is doing, is modelling out would that help sufficiently in this particular epidemic if it were to be done as a way of pulling down the peak of the infection to justify the considerable burden, including, I have to say to the NHS, which would start to lose healthcare workers who have to look after children at home. So these things are difficult balancing acts.”

The action plan states that, based on experience with previous outbreaks, it may be that widespread exposure in the UK is “inevitable”, but slowing it down “would still nonetheless be beneficial”.

“For example, health services are less busy in the summer months when flu and other winter bugs are not driving GP consultations and hospital admissions. In the 2009 ‘swine flu’ pandemic school holidays significantly slowed transmission of the virus.”

However, the government’s current advice to schools is that they should remain open unless told to close by Public Health England.

Prime minister Boris Johnson told the press conference this morning that: “We don’t think that schools should be closing in principle. We think if possible schools should stay open but that school authorities should follow the advice of Public Health England.”