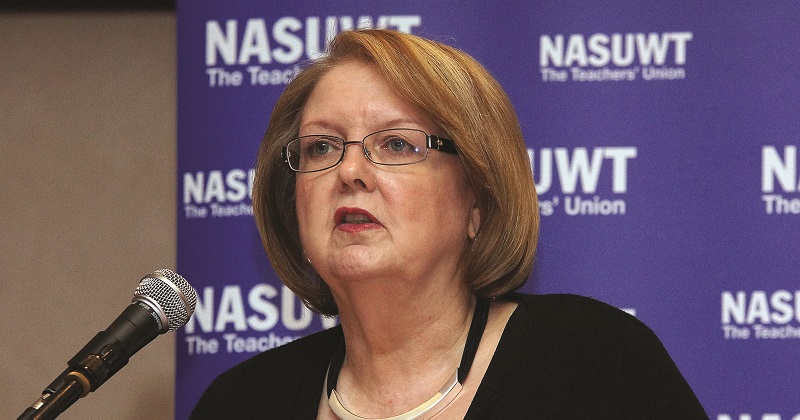 A teaching union has written to Gavin Williamson to demand guidance for schools on how to tackle racist incidents related to the spread of coronavirus.

NASUWT said it had received reports of “increased covert and overt racial attacks perpetrated against some minority ethnic pupils and NASUWT members linked to coronavirus concerns”.

Chris Keates, the acting general secretary of the union, said her organisation was “extremely concerned at the extent of increased incidences of abuse, prejudice, xenophobia and racism” as a result of the disease.

It follows a number of incidents of racist abuse and xenophobia against people of east Asian appearance. Police are investigating an alleged race-hate attack on Singaporean student Jonathan Mok in London’s Oxford Street last week, during which he was allegedly told “I don’t want your coronavirus in my country”.

It also follows reports that school pupils have been playing a “coronavirus game”, in which pupils who get breathed on are locked in a zone with “no human rights”.

The union wants guidance issued to schools about how to respond to suspected cases of the disease to be expanded to include advice on how to deal with racism that may result from its spread.

“Misinformation and false reporting about the coronavirus, its causes and how it is spread have fuelled fear and panic and in some cases led to the ostracising of people of east Asian heritage and others perceived to be ‘foreign’ or an ‘immigrant’ within the UK,” said Keates.

“Unfortunately, schools and colleges are not exempt from the associated xenophobic and racialised stereotyping of Chinese and other east Asian people. NASUWT is urging the Department for Education to communicate with schools and provide guidance and support for school leaders.”

The union has also issued its own guidance to schools, reminding them “any abuse or harassment associated with the coronavirus is treated seriously and acted upon immediately”.

Schools and colleges “must have in place procedures to address all forms of racism, to eradicate racist incidents and to deal with the perpetrators of such incidents”, the guidance said, and any physical or verbal abuse associated with the coronavirus “should be considered by schools as a potential racist incident”.

Current guidance for schools focuses on the public health response to the disease. At present, schools are being advised not to close unless told to do so by Public Health England.

However, a government action plan published yesterday states that school closures may be considered in future as a way of delaying the spread of the virus.