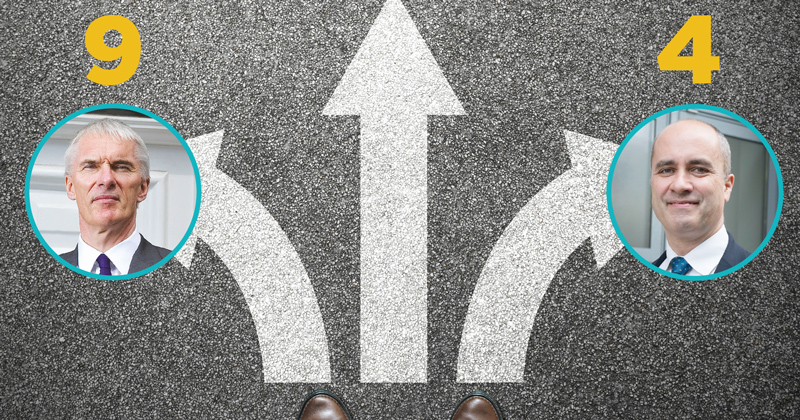 Regional schools commissioners have had to “escalate” 21 decisions concerning schools or trusts to different government ministers since 2016, but the method behind who deals with which issue remains unclear.

The schools commissioners have powers devolved from the education secretary to make important decisions such as ordering schools to convert to academies, taking action when schools are underperforming, and managing academy sponsors.

Along with the boards of headteachers who support them, the RSCs can choose to “escalate” a decision about a school or trust to one of the Department for Education ministers, in circumstances when they don’t feel they can decide themselves.

Schools Week analysis of headteacher board minutes has shown that, so far, 21 cases have been passed to ministers.

It comes after new “principles” for school accountability published in May by the DfE promised to “be more transparent about how we take decisions about schools, and the role of headteacher boards in particular”.

Schools Week understands escalations from the headteacher boards take place in sensitive or controversial cases, for example if there is a conflict of interest for the RSC, when a trust is closing down or when the decision might create a new precedent.

The DfE said that decisions go to ministers when approval is needed for a school to be rebrokered to a new sponsor and unusually high costs are likely to be involved.

But Schools Week found some cases had been escalated to the academies minister, some to schools minister Nick Gibb and others the education secretary. The DfE did not explain the reasons behind which minister deals with which case.

Geoff Barton, general secretary of the Association of School and College Leaders, said it “isn’t clear” why headteacher boards are escalating some of their decisions to ministers, and greater transparency is needed to “enhance public understanding and confidence”.

“Headteacher boards are making crucial decisions over schools which are of great interest and importance to school staff, parents and communities.

“However, the records of headteacher board meetings are devoid of any detail or explanation.”

North-west London and south-central England, led by RSC Martin Post, has made the most number of escalations by far, at nine since 2016, or 43 per cent of the total.

In one example, a case went to then education secretary Nicky Morgan over whether to allow Phoenix High School in Hammersmith and Fulham to convert and be sponsored by Future Academies, the trust started by her own academies minster Lord Nash.

Later decisions were passed on to current academies minister Lord Agnew, including whether to close Alban Academy in Hertfordshire.

In the east of England and north-east London only two cases have been escalated. One was another closure – to shut down St Andrew’s CofE Academy in Norfolk – but that decision went to Gibb in June, instead of Agnew.

It is not clear why this case was treated differently to the closure of Alban Academy – however it could have been because the trust founded by Agnew, the Inspiration Trust, runs several schools in Norfolk.

Other examples from the minutes show referrals that have been made simply to a “minister”, with no individual specified.