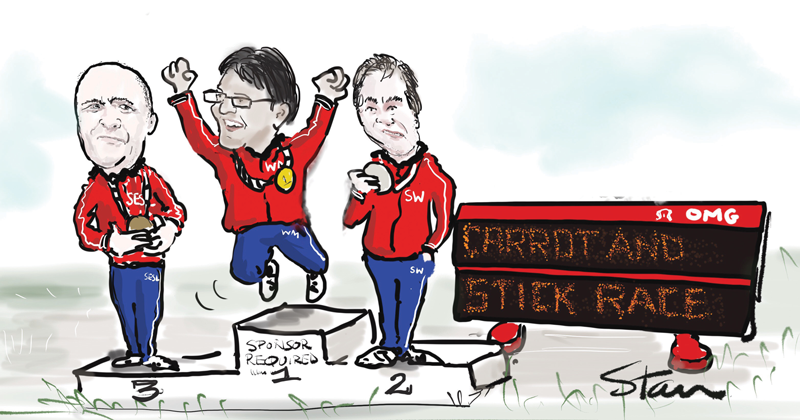 The government stopped judging regional commissioners on how many schools in their regions were in need of an academy trust after figures revealed far more sponsors were needed than were available.

Documents obtained by Schools Week also reveal that the two other key performance indicators (KPIs) used to keep track on the number of sponsors in commissioner areas relied on inaccurate data. One KPI was even dropped.

Originally the Department for Education (DfE) said it would judge commissioners on how many schools in their local authority areas required an academy sponsor, compared with how many sponsors were available.

The government said it dropped this measure in 2015 because its estimates of sponsor capacity were not “regularly updated” and “not considered to be accurate”.

However, the RSC performance figures for 2014-15 released to Schools Week show the number of areas suffering sponsor shortages increased for half the commissioners.

Commissioners are responsible for improving the number of good sponsors available to take over struggling schools.

Mary Bousted, general secretary of the Association of Teachers and Lecturers, said: “Issues of MAT [multi-academy trust] capacity and quality go to the heart of the academies programme. The fact the DfE said it has inaccurate data on sponsor capacity is alarming.”

Of the four commissioners who faced increased demand for sponsors, Sir David Carter’s rose the sharpest.

In September 2014, when he took on the job, a third of the council areas in Carter’s south west region lacked enough sponsors to meet demand.

Pank Patel, the former West Midlands RSC, had a 19 percentage point rise in the same period, up to 63 per cent.

The other four commissioners decreased their sponsor demand figures. Janet Renou, RSC for the north, had the largest drop of 22 percentage points, down to 21 per cent.

Bousted added: “If they [the government] is still working on academisation, but can’t find more sponsors, then RSCs could be taking out schools from local authorities and putting them into MATs that won’t make a difference. The department doesn’t have a plan B.”

Three of the eight KPIs relate to sponsors. The other two are the percentage of approved sponsors that are active (KPI 7), and the percentage change in sponsor attainment rating (KPI 6).

The DfE, in its FOI response, said the data for active sponsors (used in KPI 7) wasn’t entirely accurate because it “underestimated” the real number of sponsors.

This was because the indicator used records of historically approved sponsors, some of which were no longer looking to take over schools.
Data for KPI 6, relating to the quality of sponsors, was not released because the DfE said that showing it would “undermine the confidence in … commissioners”, which could “risk the success of the programme”.